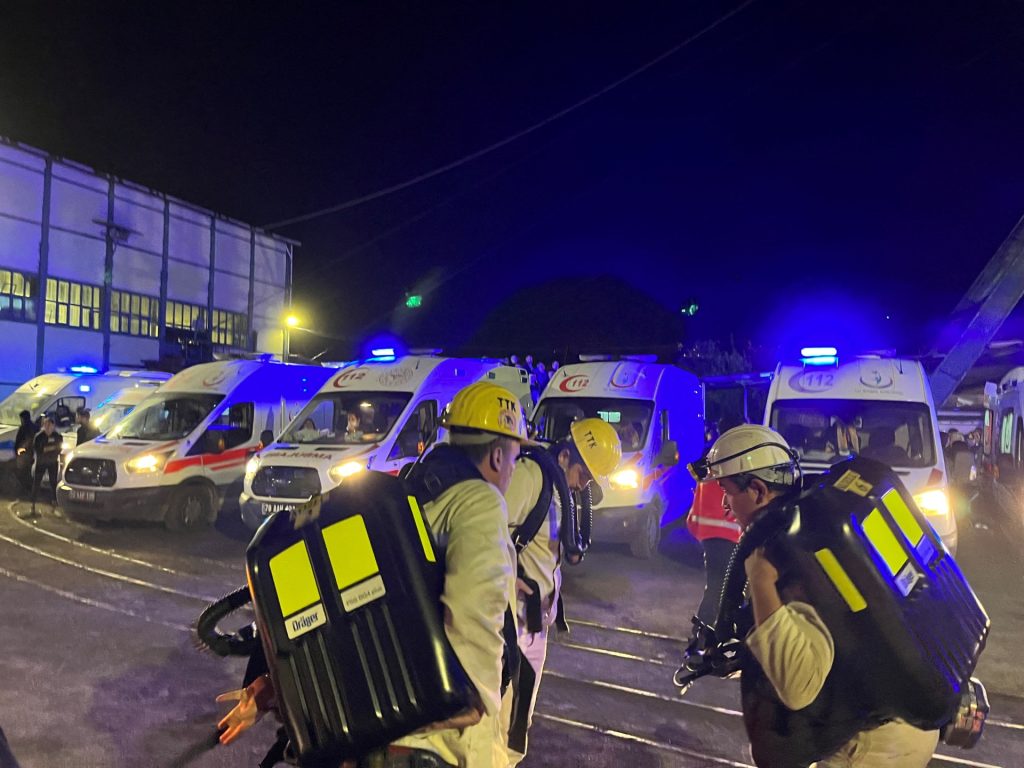 Eight others were seriously injured after an explosion hundreds of meters underground and tore a mine in Amasra.

An explosion inside a coal mine in northern Turkey killed at least 40 people, Turkish officials said, as rescuers were trying to bring dozens of people trapped inside the mine to the surface.

The blast occurred on Friday at the state-owned TTK Amasra Moisisi Modurlugo mine in Amasra town in the Black Sea coastal province of Bartin.

Interior Minister Süleyman Soylu, who traveled to Amasra to coordinate the rescue, said on Saturday that 40 workers had been confirmed dead.

Eleven were injured and taken to hospital, while 58 others managed to get out of the mine on their own or were rescued unharmed. The status of one remaining miner is unclear.

Energy Minister Fatih Donmez, who also went to Amasra after the explosion, said an initial assessment indicated the explosion was most likely caused by fire – a reference to flammable gases found in coal mines.

Turkey’s Disaster Management Agency said several rescue teams have been dispatched to the area, including from neighboring provinces.

Turkish President Recep Tayyip Erdogan said he would cancel all his other arrangements and fly to the scene on Saturday.

“We hope that the loss of life will not increase further and that the miners are found alive,” Erdogan said in a tweet.

“All our efforts are directed in this direction.”

The Barten governor’s office said the blast occurred at a depth of 300 meters below the entrance to the mine around 15:15 GMT.

Television footage showed hundreds of people, some with tears in their eyes, gathering around a damaged white building near the entrance to the crater.

Earlier, Turkey’s Madden-Eze miners’ union attributed the blast to a buildup of methane, but other officials said it was too early to draw conclusions about the cause of the accident.

In Turkey’s worst mine disaster, a total of 301 people died in 2014 in a fire inside a coal mine in the western Turkish town of Soma.