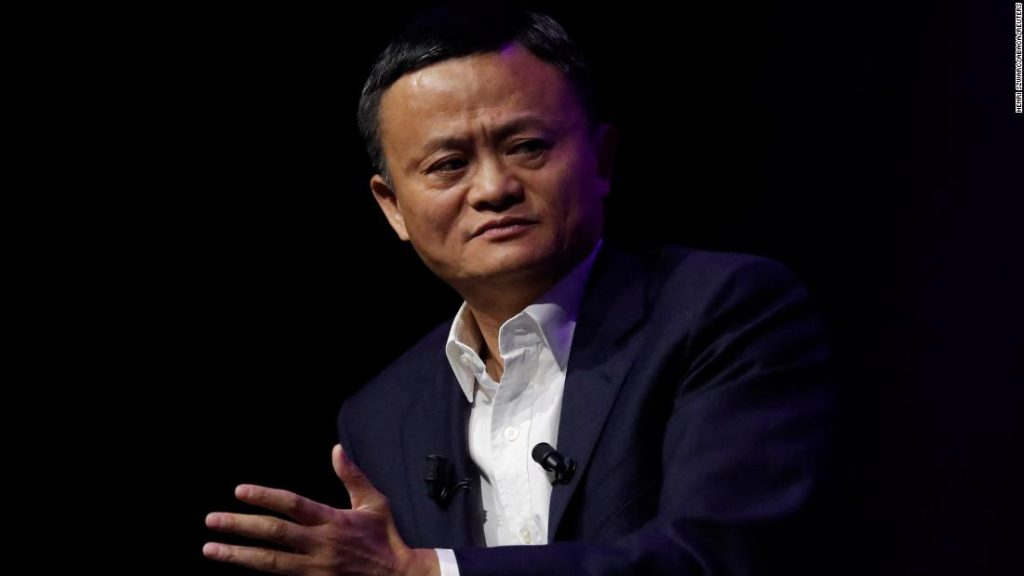 Alibaba, the Chinese e-commerce giant that Ma co-founded, saw its Hong Kong-listed shares drop as much as 9.4% on Tuesday after Chinese state media reported that an individual named “Ma” in Hangzhou – where Alibaba is headquartered – They were arrested on national security grounds.

According to China’s state broadcaster CCTV, the suspect was placed under “compulsory measures” on April 25 on suspicion of “collusion with hostile anti-China forces abroad” for “inciting separatism” and “inciting the undermining of state power.”

The one-sentence report, which was quickly picked up by other state media and alerted across Chinese news platforms, sparked panic selling in Hong Kong, wiping out an estimated $26 billion from Alibaba’s market value in a matter of minutes. .

To further dispel concerns, the Global Times reported that the accused man was born in 1985 in Wenzhou (while Jack Ma was born in 1964 in Hangzhou) and worked as a director of hardware research and development at an IT company.

Clarifications led to a rebound, with Alibaba recovering most of its losses by the end of the day.

The market reaction is the latest sign of how nervous investors are in China’s embattled technology sector, which has been the target of the Chinese government’s severe regulatory crackdown since late 2020.

Despite recent signals from the Chinese government, it is preparing to back down from the campaign due to the economic impact, primarily Reported by The Wall Street JournalThe market frenzy on Tuesday indicates that investor confidence is still shaken.

“I thought this was a strange episode,” said Victor Shih, a professor of political science at the University of California, San Diego. “Whether that’s some kind of warning to the tech sector as a whole, or maybe Jack Ma personally. Who knows? But it sure has been proven that the government doesn’t even have to arrest a top tech executive to erase tens of billions of dollars from the company’s market valuation. You just need to post some kind of information.”

“This is very powerful. And certainly what happened yesterday was a clear demonstration of that power, whether it was delivered or not.”

But the fact that investors were so quick to believe that Jack Ma, once a prominent Chinese billionaire, would go against state security authorities reveals something of the political reality in which many of China’s top businessmen now live.

“It doesn’t really matter if it’s really him. The important thing is: A lot of people think it’s him, a lot of people expect it to be him, and now that’s interesting,” he said. popular comment On Weibo, which attracted 57,000 likes.

The shift in public sentiment against Ma is almost as stunning as a story from poverty to riches. Until nearly three years ago, the English teacher-turned-billionaire was widely worshiped for his charisma, outspokenness, and artificial success. (He was even called “Papa Ma” by some fans.)

But as tech companies like Alibaba expand their business empires, they have become a target of growing frustration and resentment among young Chinese workers who are tired of grueling long working hours, high pressure and stagnant wages. (Jack Ma Authentication China’s so-called “996” work culture, which means working from 9 a.m. to 9 p.m. six days a week, drew heavy criticism in 2019.)

With tech giants falling under the Chinese government’s crosshairs, “bad capitalists” have increasingly been blamed for many social ills, from fierce competition and skyrocketing property prices to a lack of social mobility.

“In just a few years, ‘Daddy Ma’ has been labeled in public opinion as a ‘corrupt capitalist’, and many people are looking forward to Ma’s downfall,” said Xiang Dongliang, a blogger, Books on WeChat.

“But the question is, will the overthrow of the capitalists and the expulsion of (the so-called) foreign forces improve everyone’s life?”

Jack Ma has mostly faded from public life and kept a low profile since regulators suspended Ant Group’s US stock offering in late 2020. Once among the most outspoken in China, he hasn’t posted anything on Weibo, where he was He has nearly 25 million followers since October 2020.

for him Last post on Weiboabout a meeting with about 100 school principals to discuss the future of education in China, was flooded with critical comments.

“I wouldn’t be surprised if Old Ma gets imprisoned one day,” the top comment said. “You’re just a capitalist! Don’t pretend to be a good person!” shouted another comment.

Jack Ma remained silent throughout Tuesday, as rumors spread against him on the Chinese internet. Hashtags about the suspect’s detention and surname Ma have been among the most trending topics on Weibo, attracting hundreds of millions of views.

He only has silence, which is a ‘special way of being,’ Zhang Feng, columnist, books In a widely shared WeChat article after the incident.

“This kind of silence is of profound importance. For a public figure, his speech itself is an ‘extension’ of his being. When a person ceases to speak, though he is still alive, he is still doing things, at least part of it.” disappear”.