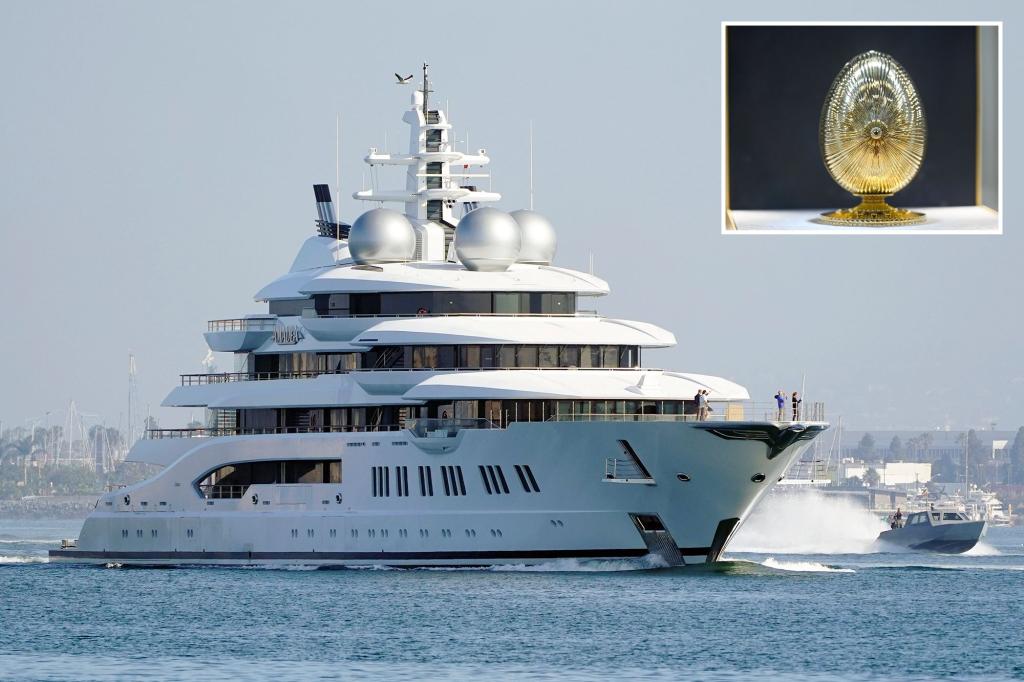 US officials have revealed that a suspected Faberge egg – which could be one of the few left in the world – was recovered from a Russian oligarch’s luxury yacht seized in Fiji last month.

Speaking at the Aspen Security Forum on Wednesday, Deputy Attorney General Lisa Monaco said the bejeweled egg was one of the most “interesting” discoveries her team has made targeting Russian assets abroad – and could be worth millions if real, CNN reported.

Although Monaco did not specify which yacht was found to contain the alleged Faberge artifact, it said the ship came from Fiji and was moored in San Diego Bay.

in late June, Federal law enforcement authorities set sail for Suleiman Karimov’s $325 million yacht Amadea called from Fiji to the United States – a 5,000-mile voyage across the Pacific Ocean – after a protracted court battle over the ship’s ownership issue.

The 384-foot-high ship has been seized by the US Department of Justice KleptoCapture And a multinational task force called REPO – Russian elites, proxies and oligarchs – seized the assets of the Kremlin’s allies and imposed sanctions on Russian oligarchs.

The sanctions come as part of an effort to pressure Moscow to end the war in Ukraine.

According to US officials, the ship’s previous owner, Karimov, is a suspected money launderer who was sanctioned again in 2018 over Russia’s annexation of Crimea.

Forbes magazine reported that Karimov It is a majority investor in Russia’s largest gold producer with a net worth of $12.9 billion.

Monaco said a potential Faberge egg recovered from the yacht, if real, would make it one of the few left in the world worth millions of dollars.

Faberge house They began making their iconic eggs nearly 180 years ago in Saint Petersburg, Russia, where they rose as jewelers to the country’s wealthy nobility.

In 1885, Tsar Alexander III ordered the first Faberge egg to be presented as an Easter gift to his wife, Empress Maria Feodorovna.

Over the next 30 years, Faberge created 50 eggs for the Romanov imperial family.

Monaco told the Security Forum that it supported the idea of ​​selling confiscated Russian assets, and demanded that the US Congress be empowered to hand over transaction proceeds to Ukraine.