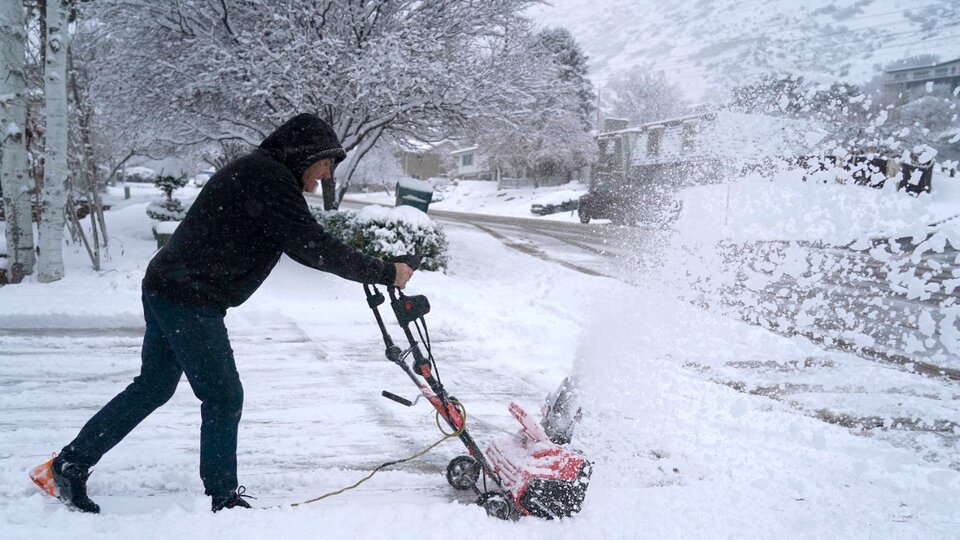 The United States Weather Service warned Thursday A “once-in-a-generation” winter storm threatens to derail the travel plans of millions of Americans this Christmas.

Airlines told travelers to brace for delays and cancellations after an arctic chill hit the central part of the country on Wednesday. It is expected to cross the Midwest and head up the East Coast on Friday.

The National Weather Service (NWS) warned in its 0822 GMT forecast The storm “will have a widespread and devastating impact on the center and east of the country”. “Record cold and life-threatening wind chills Over the Great Plains It will spread across the eastern part of the country on Friday“, the bulletin indicates.

He also warned of a wind chill with temperatures of minus 40 degrees Celsius in some areas and urged precautions. In some places, thermometers can be seen dropping as low as -56 degrees.

This amount of wind chill can cause frostbite within 5 minutes if precautions are not taken.” At the same time he warned that “hypothermia and even death are possible from prolonged exposure to cold.”

Strong winds and heavy snowfall could cause severe damage to infrastructure and disrupt air and road travel, the NWS indicated.

The warning is consistent with reports from the Transportation Safety Administration that travel volume on these dates is close to pre-pandemic levels, with the largest movement on Thursday.

The American Automobile Association (AAA) estimates that between Friday and January 2, more than 112 million people will travel more than 80 km, most by car.

The Federal Aviation Administration, for its part, warned that strong winds and snow could delay flights at the major hubs of Minneapolis-St. Paul, Chicago and Denver.

In Denver, that’s to be expected The temperature drops Falling from a peak From 10 degrees Celsius on Wednesday to 26 below zero on Thursday. Officials in the Colorado capital opened the Denver Coliseum as an emergency warming center.

Accuweather meteorologists said The storm would soon be known as a “bomb cyclone”.It occurs when pressure drops and a cold air mass collides with a warm air mass.

The NWS in Buffalo, New York, said “Once in a Generation Storm”with eruptions The wind is blowing at a speed of 105 kmph, A wind chill of 6 to 12 degrees below zero Y Power outages May be scattered or widespread.

In Fort Worth, Texas, the NWS said it did not expect the blizzard to be as devastating as last year’s February blizzard, which killed dozens of people and left millions without power in that southern state.

In Washington, DC, lawmakers scrambled to agree on a $1.7 trillion budget bill before the storm disrupted their travel plans.