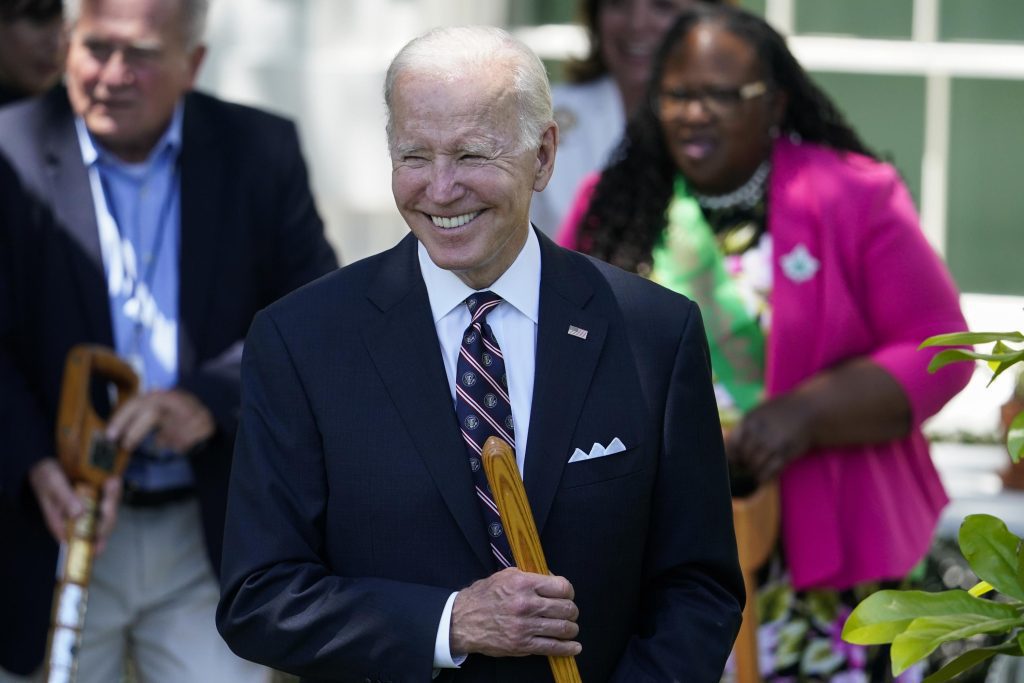 Tuesday’s meeting will be the first since Powell reappointed Powell to lead the central bank and comes weeks after he was confirmed for a second term by the Senate.

The White House said the couple will discuss the state of the US and global economy, especially inflation.

“The most important thing we can do now to move from a rapid recovery to stable and steady growth is to lower inflation,” Biden said in an opinion piece published in the Wall Street Journal on Monday. That is why I have made tackling inflation a top economic priority. “

Inflation in the United States hit a 40-year high earlier this year, amid supply chain constraints caused by the global economy’s recovery from the pandemic and Russia’s invasion of Ukraine.

But the economy saw some welcome data on Friday, with the Commerce Department saying inflation rose 6.3% in April from a year earlier, the first slowdown since November 2020 and a sign that higher prices may finally moderate, at least for now.

The inflation number was below a four-decade high of 6.6% recorded in March. While high inflation continues to cause hardships for millions of families, any slowdown in price increases, if it continues, will provide some modest relief.

Powell pledged to keep raising the Fed’s key short-term interest rate to calm the economy until inflation drops in a clear and convincing way. These interest rate increases have raised concerns that the Federal Reserve, in its quest to slow borrowing and spending, could push the economy into recession. This concern has caused sharp declines in stock prices in the past two months, despite the markets rebounding last week.

Powell indicated that the Fed will likely raise the benchmark interest rate by half a point in both June and July – twice the size of a normal rate increase.

Biden, in his op-ed, indicated that the record pace of job creation in the wake of the pandemic will slow significantly, indicating more moderate levels of 150,000 jobs per month than 500,000. “It will be a sign that we are successfully moving into the next phase of recovery – because this kind of job growth goes hand in hand with a low unemployment rate and a healthy economy,” he said.

Prior to the meeting Biden pledged not to interfere with Fed decision-making, but suggested that he and Powell were in agreement on tackling inflation.

“My predecessor insulted the Federal Reserve, and previous presidents inappropriately sought to influence its decisions during periods of high inflation,” Biden wrote. I will not do this. You have appointed highly qualified persons from both parties to lead that institution. I agree with their assessment that the fight against inflation is our biggest economic challenge at the moment.”