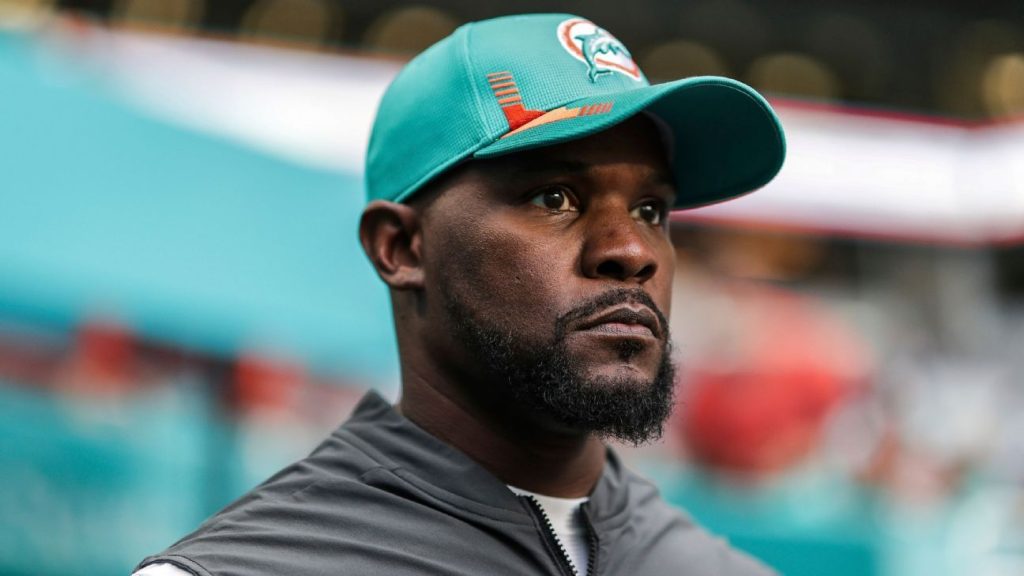 “Just signing this separation agreement would have really silenced me,” Flores said on an episode that aired tonight.

John Elvitrakis, one of Flores’ attorneys, said that by not signing the non-disclosure agreement, Flores left millions of dollars on the table. But not signing also gave him freedom to talk about his treatment in Miami.

“For coach Flores’ credit, he wasn’t going to sign that, because he wanted – it wasn’t about the money,” Attorney Doug Wigdor told Gumbel, adding that he had a two-year contract in a non-disclosure agreement. “If it was about the money he would have signed. What he did instead was he filed this suit so he could help the other coaches, now… and in the future.”

Wijdor added, “If a coach is terminated with two years or a year left on his contract, he will not get paid, unless they sign a waiver, non-disclosure agreement, confidentiality, and no disrespect. So they buy their silence.”

With the ability to talk freely about his time with the dolphins, Flores, who was recently appointed as a defensive assistant by Pittsburgh Steelers, Filed a lawsuit against the NFL and three teams (Dolphins, Giants, and Broncos), alleging racial discrimination in employment practices and being fired by Miami.

Among other allegations, Flores said he was offered $100,000 by Ross for each loss in 2019, something he and his lawyers said to Gumble they had evidence and would be willing to share with the NFL in its investigation into Ross.