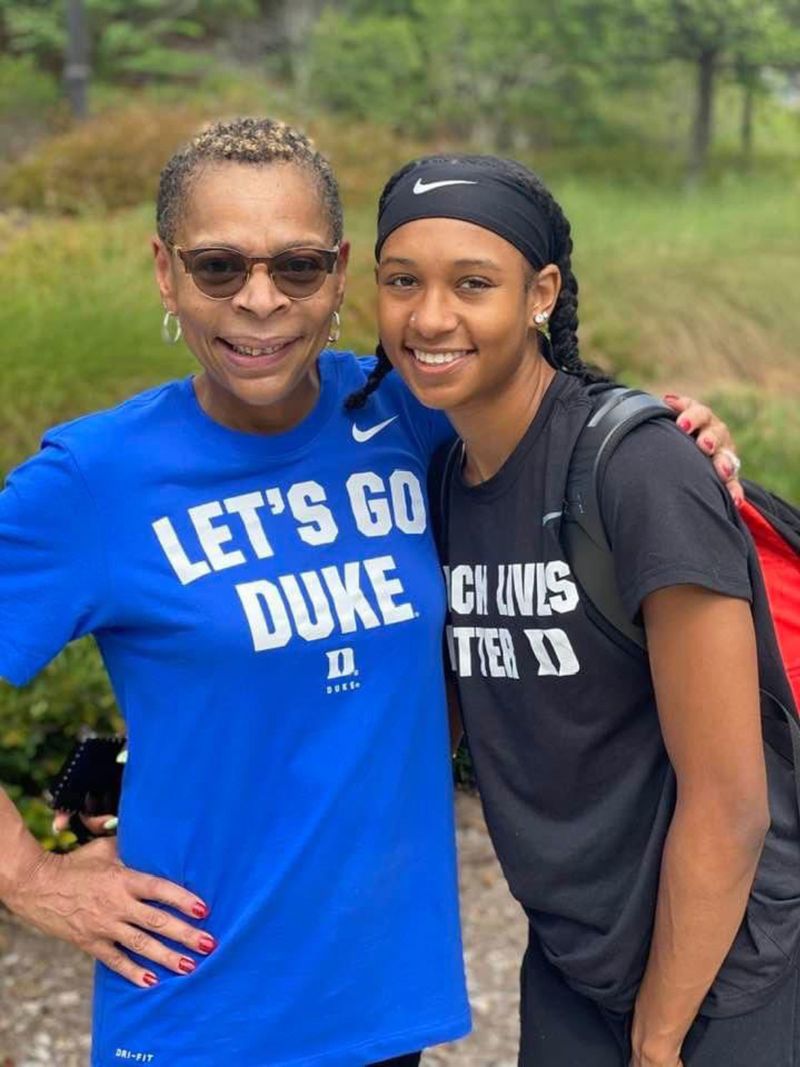 A player on the Duke University women’s volleyball team says Brigham Young University officials in Utah did not act fast enough to do so. Stop racist harassment She and other black players underwent during Friday’s game.

Rachel Richardsona sophomore abroad hitter for a Duke, Tweet Sunday statement She made it clear that she is not the only player who has been the target of racial slurs and harassment.

“Friday night in our game against Brigham Young University, my African-American colleagues and I were targeted and racially harassed throughout the match,” Richardson wrote on Twitter. “Insults and comments grew into threats that made us feel insecure.”

Richardson’s godmother, Lisa Pamplin, at first Tweet about the accident Saturday, accusing the school of allowing conduct without interference.

“My good daughter is the only black starter for the Dukes volleyball team. While she was playing yesterday, she was called a ***er every time she served,” Pamplin tweeted.

The incident led to an apology from BYU, as the school banned a fan and Duke changed locations for the team’s next match. It also caught the attention NBA star LeBron Jameswho tweeted: “We are brothers and sisters! We support it. This is not a sport.”

The harassment led to Richardson and her teammates struggling to get past the game, rather than just being able to focus on their own playing, on Twitter.

“No athlete, regardless of race, should be subject to such hostile conditions,” Richardson tweeted.

Richardson also addressed comments that she or her teammates should have refused to continue playing.

“Although the harassment eventually affected me psychologically, I refused to let it stop me from doing what I love to do and what I came to BYU to do; which was playing volleyball.” “I refused to allow these racist fanatics to feel any satisfaction from thinking that their comments ‘reached me’. So, I pressed in and played the game.”

Despite the incident, Richardson said she didn’t think this was a reflection of the BYU athletes. She praised their players for a great game and showed “nothing but respect and good sportsmanship both on and off the field.”

BYU Athletics has not confirmed the details of the incident but has announced that it has banned a fan from all sports stadiums and tweet apology.

“When a student sportsman or fan comes to a BYU sports event, we expect them to be treated with love, respect and feel safe on campus. For this reason, BYU banned a fan who was identified by Duke during last night’s volleyball match from all BYU sports venues, according to for the statement.

“We sincerely apologize to Duke University and especially its student-athletes who competed last night for what they have been through,” the statement read.

The statement said the person in question was not a BYU student, despite sitting in the student section.

accident led Duke University to announce They were moving the location of their game on Saturday and their priority was the safety of student-athletes.

“They should always have the opportunity to compete in an inclusive anti-racist environment that promotes equality and fair play,” Duke’s statement read.