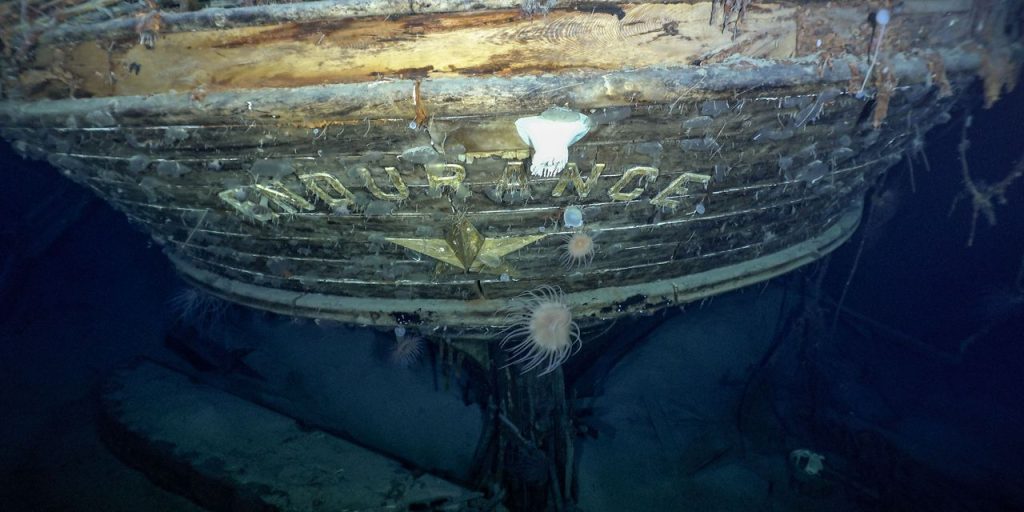 One of the greatest marine mysteries of the modern era was solved when a team of explorers said they discovered the wreck of the Ernest Shackleton Endurance, which disappeared under Antarctic sea ice in 1915.

An international team of marine archaeologists and scientists has located the wreck 3,000 meters below the Weddell Sea, about four miles south of the originally recorded site when the bearing sank.

Videos show that the ship, which was discovered on March 5, was well-preserved in the frigid waters, with its name clearly visible across the stern.

The Falklands Maritime Heritage Trust conducted the endurance search aboard the polar research and logistics vessel SA Agulhas II, which sailed from Cape Town earlier this year and used submarines to locate the ship.

The wreck is protected as a historic site and monument by the 1959 Antarctic Treaty.

The water was as pure as distilled water, with a view of at least 30 meters. “It felt like time travel,” said historian Dan Snow, who was part of the exploration.

Shackleton’s story and endurance have fallen into the myth of Antarctica exploration. The Imperial Trans-Antarctic Expedition was the first attempt to cross Antarctica on foot, but the stamina was captured and eventually crushed by sea ice.

The exploration has also conducted scientific research on the effects of climate change, including weather conditions in the Weddell Sea and studies of sea ice thickness. “We have conducted significant scientific research in a part of the world that directly affects the global climate and environment,” said Dr. John Shears, campaign leader.

See also  Sergei Shoigu: Questions are hovering over the whereabouts of the Russian Defense Minister