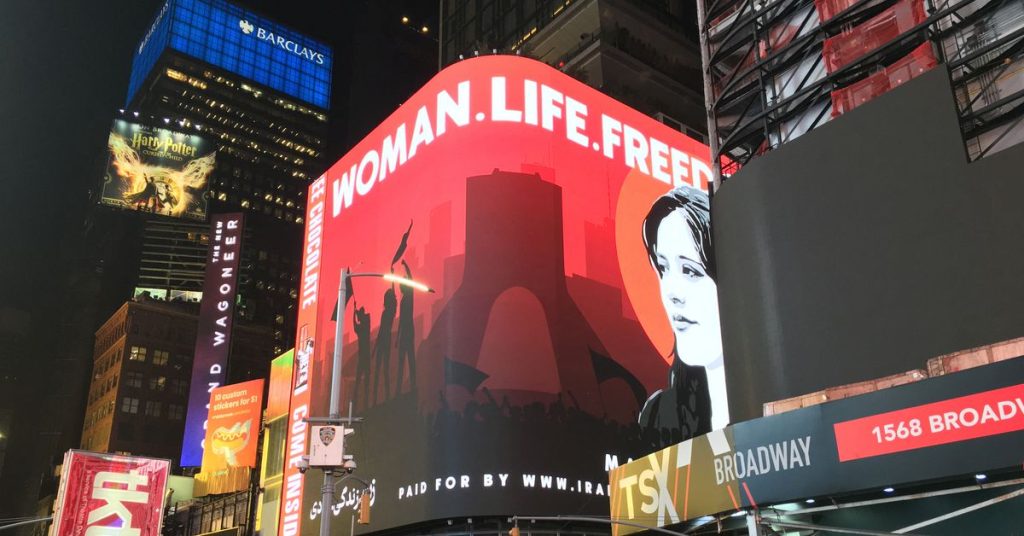 UNITED NATIONS (Reuters) – Next week, the United States will shine a spotlight on Iran’s protests sparked by the death of a young woman in police custody and seek ways to advance independent and credible investigations into Iranian human rights abuses. .

The United States and Albania will hold an informal meeting of the UN Security Council on Wednesday, according to a note outlining the event, seen by Reuters. Iran’s Nobel Peace Prize winner Shirin Ebadi and Iranian-born actress and activist Nazanin Bonyadi are scheduled to give a briefing.

“The meeting will highlight the ongoing oppression of women, girls, and members of religious and ethnic minorities in Iran,” the note said. It will identify opportunities to promote independent and credible investigations into the Iranian government’s human rights violations and abuses.

The independent UN investigator on human rights in Iran, Javed Rehman, is also scheduled to speak at the meeting, which could be attended by other UN member states and rights groups.

Iran has witnessed protests since the death of 22-year-old Kurdish woman Mahsa Amini in police custody last month. The unrest turned into a popular revolution by Iranians from all strata of society, posing one of the most daring challenges to the religious leadership since the 1979 revolution.

Iran blamed its foreign enemies and their agents for the unrest.

Iran’s mission to the United Nations in New York accused the United States and its allies of misusing their program to “advance their political agenda”.

“Given its hypocrisy, double standards, and selective application of human rights, we find US allegations of support for Iranian women to be deceptive and lacking in good faith,” she said.

Rights groups said at least 250 protesters were killed and thousands arrested across the country. Women played a prominent role in the protests, taking off and burning headscarves. The killing of several teenage girls, reportedly during the protests, has exacerbated the anger.

“The meeting will confirm the continued illegal use of force against demonstrators and the Iranian regime’s prosecution of human rights defenders and opponents abroad for kidnapping or assassinating them in contravention of international law,” the memorandum on the planned meeting stated.

UN spokesman Stephane Dujarric urged Iranian authorities on Friday to address the “legitimate grievances of the population, including with regard to women’s rights.”

“We condemn all incidents that resulted in the death or serious injury of protesters and stress the need for security forces to avoid all unnecessary or disproportionate use of force against peaceful protesters,” Dujarric told reporters. Those responsible must be held accountable.”