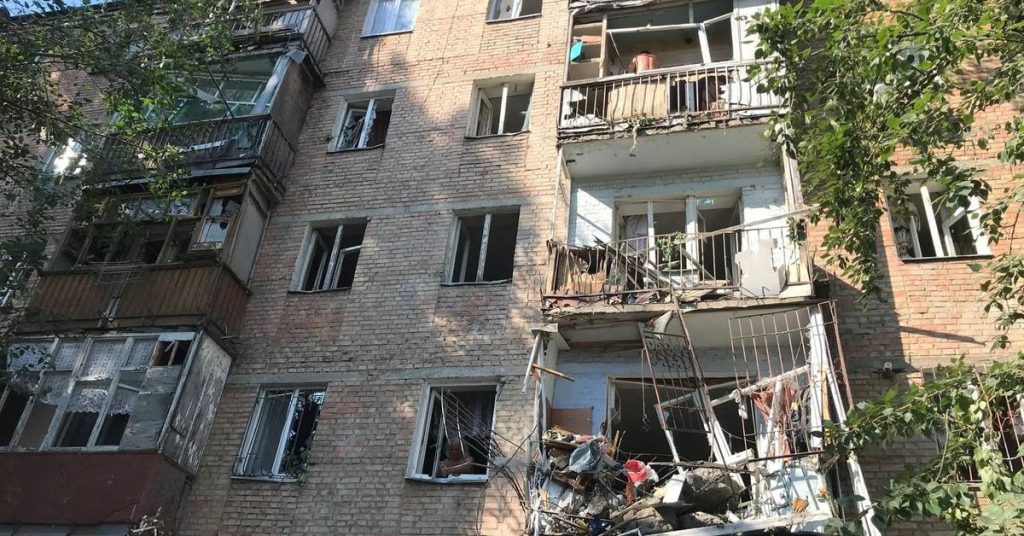 “There are strong explosions in the city! Stay in shelters!” Oleksandr Senkevich, mayor of the Mykolaiv region which borders the vital Black Sea port of Odessa, wrote on the Telegram messaging app as the air raid sirens sounded.

It was not immediately clear what caused the blasts, although Russia later said it had targeted army command posts in the area. Reuters could not independently verify the reports.

Kyiv says Moscow has intensified its missile attacks on cities far from the main battlefields in the east of the country and that it has deliberately bombed civilian sites. Meanwhile, Ukrainian forces on the eastern front lines described intense artillery shelling that hit residential areas.

The Russian Defense Ministry said the Chief of the General Staff of the Russian Armed Forces, Valery Gerasimov, is inspecting Russian forces participating in what Moscow calls its “special military operation,” although it was not clear if he was in Ukraine.

The inspection follows slow but steady gains by Russian forces aided by relentless artillery in eastern Ukraine, a focus for Moscow after it narrowed its broader war aims to overthrow the government in the wake of fierce Ukrainian resistance.

“Certainly they are trying to demoralize us. Maybe some people are affected by it, but for us it only brings more hatred and determination,” said a Ukrainian soldier returning from Lyschansk, Ukraine’s last stronghold in Luhansk province.

Russia is seeking to expel Ukrainian forces from the Luhansk and Donetsk regions of the eastern industrial Donbass region, where Moscow-backed separatists have been fighting Kyiv since Russia’s first military intervention in Ukraine in 2014.

The Russian Tass news agency quoted a source close to the Russian-backed forces in Luhansk as saying that the last Ukrainian forces in Lysekhansk had come under intense attack. “They will be defeated in the near future if they do not surrender,” the source said.

The authenticity of the report could not be independently verified. Ukrainian officials did not immediately respond to Reuters requests for comment.

Russian forces took control of Severodonetsk, a major city in Luhansk, this month, after some of the fiercest battles in the four-month-old war that bombarded entire districts to rubble. Other settlements are now facing similar bombardment.

“Private houses in the villages that were attacked are burning one by one,” Luhansk city governor Serhiy Gaidai told Telegram, adding that the bombing prevented Lysichansk residents from putting out the fires.

Ukraine has called on the West to get more weapons, saying the Russian army is outperforming its forces.

Speaking in Konstantinevka, a trading town 115 kilometers (72 miles) west of Lysekhansk, the troops said they were able to keep the supply route to the besieged city open, for now, despite Russian bombing.

“We still use the road because we have to, but it is within range of Russian artillery,” said one of the soldiers, who usually lived in Kyiv but asked not to be named, while comrades were relaxing nearby, eating sandwiches or eating ice cream.

The soldier said, “Now the Russian tactic is to bomb any building we can locate ourselves in. And when they destroy it, they move on to the next building.”

Russia also bombed cities behind the front lines. A rocket hit an apartment building near the southern port city of Odessa on Friday, which authorities said killed at least 21 people. A shopping center was hit, Monday, in the central city of Kremenchug, killing at least 19 people.

Ukrainian President Volodymyr Zelensky condemned the strikes in a speech on Friday, calling them “conscious and deliberate Russian terrorism, not some kind of mistake or accidental missile strike.” Moscow has denied such accusations.

Thousands of civilians have been killed and flattened in cities since Russia invaded Ukraine on February 24 in what Moscow called a “special military operation” to root out the nationalists. Ukraine and its Western allies say it is an unjustified war of aggression.

Although battered in the east, Ukrainian forces have made some advances elsewhere, including forcing Russia to withdraw from Snake Island, an outcrop in the Black Sea 140 kilometers (85 miles) southeast of Odessa that Moscow captured early on. the war.

Russia used Snake Island to impose a blockade on Ukraine, one of the world’s largest grain exporters and a major producer of vegetable oil seeds. The upheaval helped increase global grain and food prices.