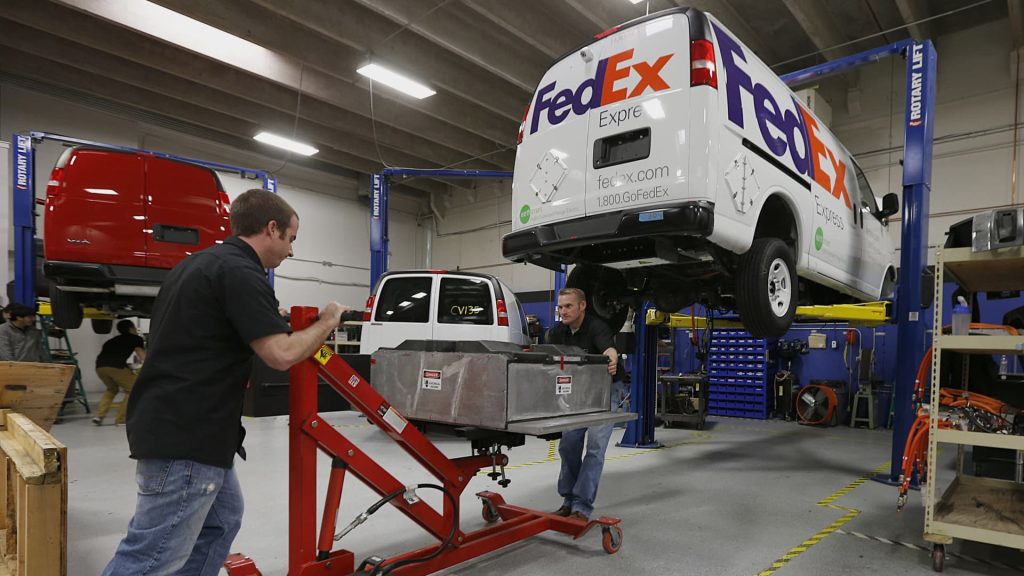 Engineers transport a 350-volt battery pack to be installed in a Fedex Corp. truck. Express General Motors Co. (GM) at the VIA Motors Inc. facility. In Orem, Utah, US on Monday, February 17, 2014.

Here are the stocks making the headlines after the bell.

Sarepta treatments –Biopharmaceuticals stock is down more than 5% in extended trading after the US Food and Drug Administration imposed a clinical suspension of the Sarepta treatment for Duchenne muscular dystrophy. Sarepta said there was a “serious adverse event” in one of the studies of this treatment.

Smith & Wesson Brands – Shares of the firearms maker fell about 2% after Smith & Wesson’s fourth-quarter fiscal report showed a year-over-year decline in revenue and gross margin. The company, which has a market capitalization of about $650 million, raised its quarterly dividend to 10 cents per share from 8 cents.