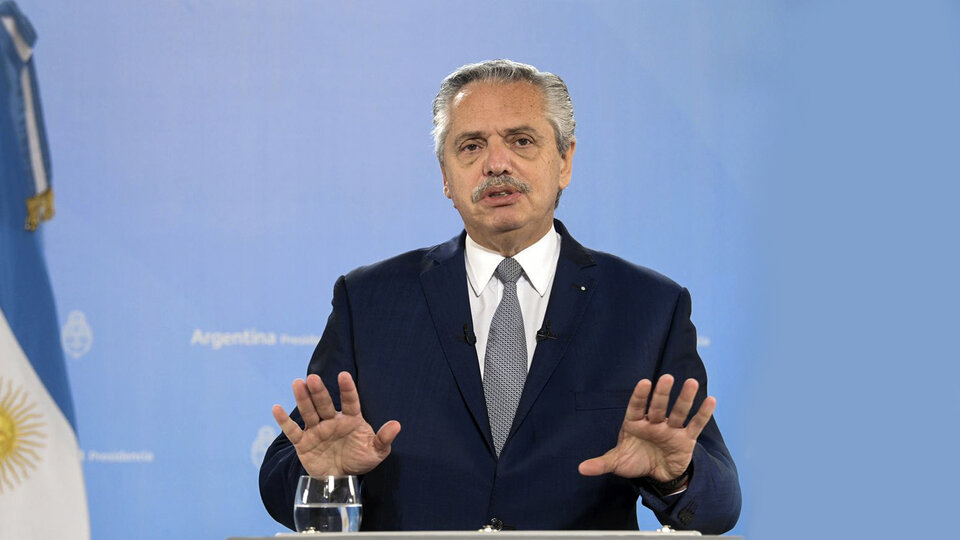 President Alberto Fernandez The former US president made the accusation on Wednesday. Donald Trumpof “Impose Blocking Logic” to Venezuela Build immigration with this policy by making the country on the northern coast of South America “the hardest place to live.”

“Trump has managed to impose a logic on Venezuela that makes no sense. The logic of blockade is deeply damaging. Condemns not a government but all people“, the Argentine president said in radio reports, he will begin his return to the country this Wednesday Tour of France and Indonesia.

According to Fernández, the harsh conditions of the US-imposed blockade on the country led by Nicolás Maduro have led millions of Venezuelans to decide to emigrate in recent years.

“Venezuelans who have migrated in recent years have done so because it has become more difficult to live there because of the blockade.” Maintained the President.

Fernández recalled that in 2020, the Argentine government supported a report by the United Nations High Commissioner for Human Rights, Michelle Bachelet, on the situation facing Venezuela.

Countries “must understand”, Fernández warned, in the sense that the Venezuelan people “must solve their problems”, without the impositions of other governments.

“The Venezuelan people must solve their problems. Human rights must be respected and electoral procedures must be clean. It should help the people of Venezuela. But we cannot impose anything“, he insisted.

Today, Monday, in an interview he gave to an international news channel French 24 From Bali, where he is participating in the G20 summit, the Argentinian head of state stressed that French President Emmanuel Macron’s initiative to promote a dialogue between the government and the Venezuelan opposition was “an important step”.

Instead, he asserted “Trump did whatever it took to isolate Venezuela.

“Today, part of the (Venezuelan) opposition continues to question (Nicolás) Maduro’s government. They need to restore dialogue, Find a mechanism to democratically co-exist and resolve their differences”Added to conversation with French 24.

On Friday, during a tour of France, Fernández participated in what Macron calls a “meeting on Venezuela” in Paris, along with Colombia’s president, Gustavo Pedro, and representatives of the ruling party and the Venezuelan opposition. “The solution to the Venezuelan crisis must be achieved by the Venezuelan people The international community has an obligation: to cooperate in facilitating dialogue between parties“, he then said.