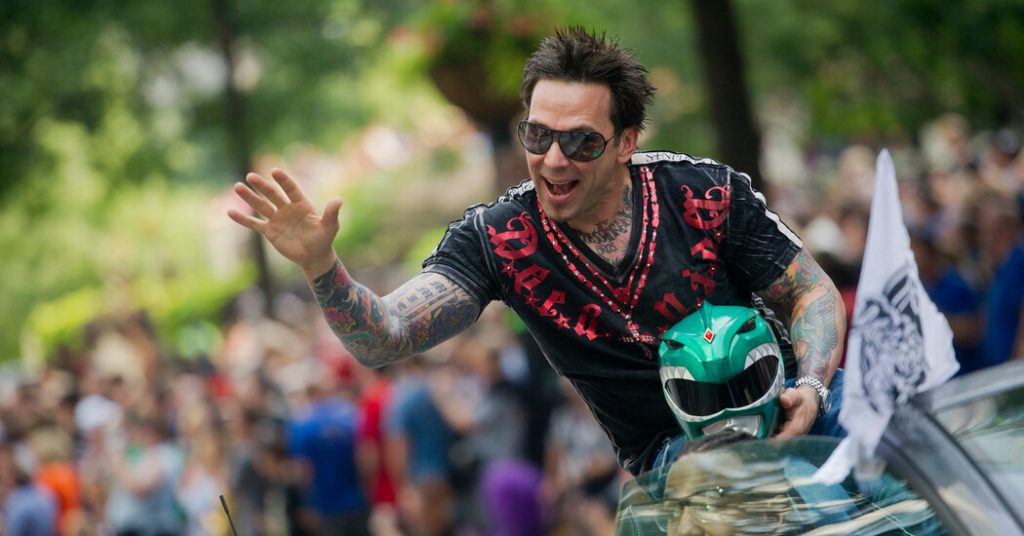 Jason David Frank, who played the Green Ranger and then the White Ranger in the popular children’s TV show “The Mighty Morphin Power Rangers” in the 1990s, died Saturday. He was 49 years old.

Mrs. Hunt does not say the cause of death or say where Mr. Frank died. In a statement, she demanded that the privacy of his “family and friends be respected during this difficult time,” but declined to comment further. Information about the survivors was not immediately available.

The camp “Mighty Morphin Power Rangers” featured six teenage high school students in colorful costumes who turned into superheroes to defend Earth against evil aliens. They appeal to “Go Go Power Rangers” in the theme song, which was etched in the memory of many a teenage girl at the time.

Mr. Frank was only supposed to be in 10 episodes of the original show as the Green Ranger, a bad boy turned good, but he later returned as the White Ranger and then other characters in reboots of the show.

The original series was a pop culture powerhouse.

They debuted in August 1993, and by December 1994, the Power Rangers’ share of the action figure market It jumped to 40 percent From 4 percent product line sales approached $1 billion for the year. By comparison, sales of Cabbage Patch dolls, Teenage Mutant Ninja Turtles action figures, and other popular toys of the era were $550 million and $450 million.

Mr. Frank has used his martial arts skills on and off the show.

In 1994, he developed his Special martial arts system It’s called Toso Kune Do, which means fist fighting method, according to IMDb.

The fighting style, which is based on the teachings of Bruce Lee, Ed Parker and other martial artists, is practiced in a school owned by Mr. Frank called Sunrise karatewith locations in Texas and California.