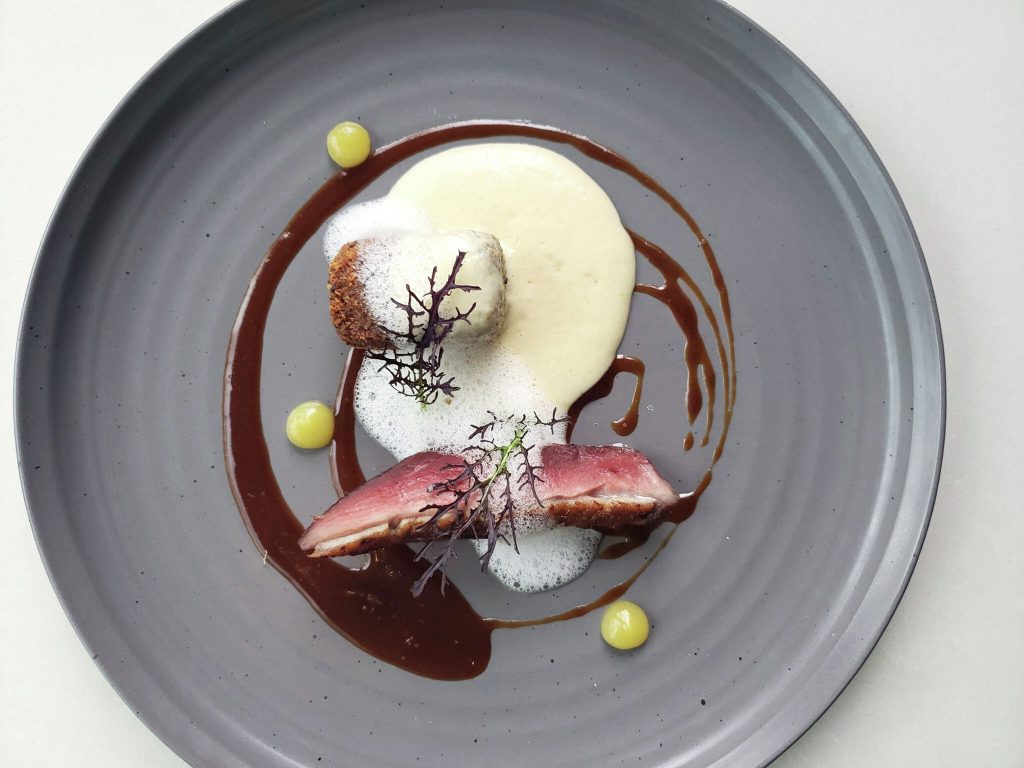 Four of San Francisco’s best dining destinations have made a splash Michelin star honour On Monday, December 5, during the 2022 edition of the Michelin Guide California gala held in Los Angeles. Eighteen California restaurants have been recognized.

San Francisco-based restaurants to earn their coveted first Michelin star include Nisei, Osito, San Ho Won, and Ssal. The Press in St. Helena and Localis in Sacramento also received prestigious recognition, as the restaurants are rated by Unidentified food inspectors who visit the establishments during lunch and dinner service at various times throughout the year.

Chef David Yoshimura of Nisei was also honored with the Michelin Young Chef Award. According to Michelin’s anonymous chief inspector, Yoshimura is a chef “full of personality” with dishes that elevated his personal culinary journey.

“Chef Yoshimura is under 35 years old, and I would say he embodies exactly what we look for in young talent,” the inspector told SFGATE. “His cuisine represents a unique perspective and background and is captured in his cooking which is both ambitious and very personal.”

In total, there are 89 Michelin-starred restaurants in California and seven of these establishments have achieved a three-star rating. Undercover Michelin restaurant inspectors also awarded two new Green Stars, bringing the number of restaurants pioneering sustainable practices to 11. There are only two Green Star restaurants in any other US state.

Green Stars are awarded to restaurants that are pioneers in gastronomy and set an example for their guests and peers.

“It also shows that the chefs here are true trendsetters and influencers and that California as a whole is definitely a culinary powerhouse,” said International Director of Michelin Guides Gwendal Pollenec. “California really has something to say and has a strong voice now in the world of culinary conversation. It has a strong identity when it comes to product quality. It’s really part of the California gastronomy identity.”

Of the 18 California restaurants honored this year for new stars, eight are promotions. These were restaurants that were already part of the highly rated Michelin Choices and had been watched closely by the inspectors all year long. The anonymous chief inspector listed Ssal in San Francisco and Localis in Sacramento as examples of restaurants being promoted.

The Michelin Guide is about consistency, according to Poulenc, who points out that the guide began in 1900 and hasn’t changed its approach and standards since then. For more than a century, Michelin inspectors have followed the same methodology based on five global criteria: “quality of food based on quality of products, mastery of cooking techniques, balance of flavours, character expressed in a dish, and finally consistency”.

Below is a list of San Francisco restaurants that have received the esteemed Michelin rating with comments from the secret inspectors.

“Nisi” refers to the American-born children of Japanese immigrants, chef David Yoshimura; The composition of this heritage forms the basis of this cuisine. The kitchen employs both boldness and culinary ingenuity, brimming with personality and technical prowess. The tasting menu is equal parts tradition and invention, with the classic Matsutake broth sitting in harmony with the completely original dessert of Okinawa purple sweet potatoes.”

Chef Seth Staway puts his heart, soul and even his nickname (osito means ‘little bear’) into this rustic, lodge-like setting where live-fire cooking takes center stage. The multi-course tasting menu is served at an expansive communal table and changes with the seasons. The food is alike. Elemental and elevated, with a subtle fragrance of smoke permeating the various courses, as seen in dishes such as lightly cooked salmon with fennel and porcini, or a plate of slow-cooked brisket with a delicious mussel BBQ sauce.”

Combining the remarkable talents of seasoned chefs Corey Lee and Jeong-In Hwang, it’s safe to expect all the exceptional. Artfully refined kitchen technology combines traditional Korean tastes with a sense of modernity, using impeccable ingredients to create dishes that transcend depth and purity of flavour, be it That humble kimchi or beef brisket fork.”

Hyunyoung and Junsoo Bae have fine dining experience galore but were inspired to strike out on their own to fill a void they saw in San Francisco’s Korean restaurant scene. The result is this tasting menu that builds on familiar flavors, yet sets itself apart with a sense of refined simplicity. The seasoned seafood showcases. With precision devotion to craftsmanship, as in partially dried black cod before grilling to a crispy skin that can be heard from across the room. The beef short ribs are something special, gently cooked, then seared to form a sweet and savory crust.”