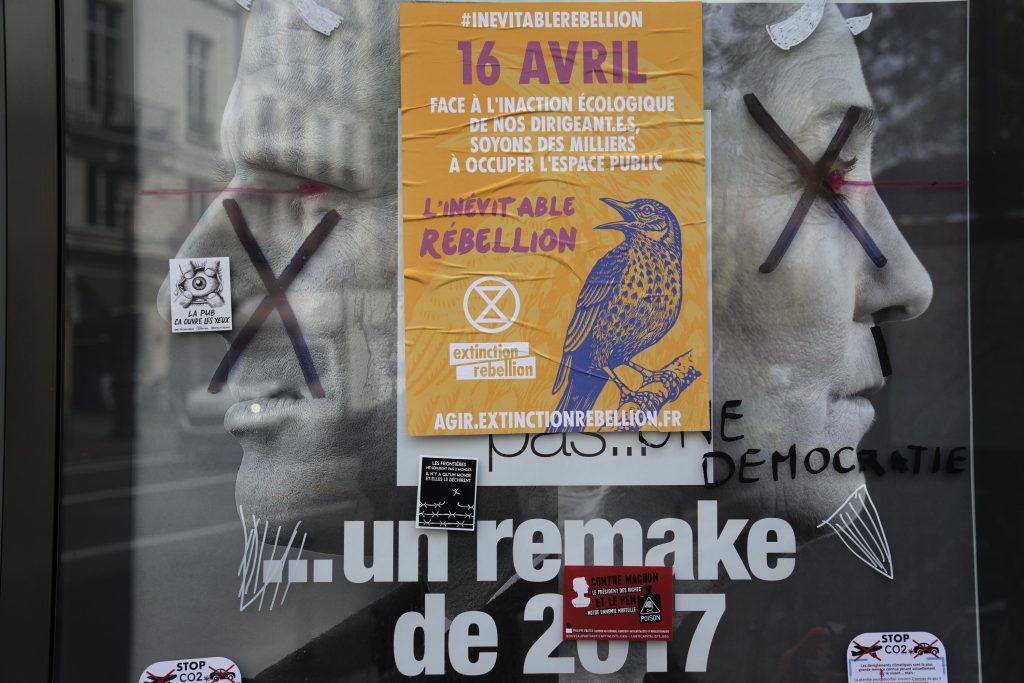 Paris (AFP) – French President Emmanuel Macron is in pole position to win re-election Sunday in the country’s presidential run-off, but his lead over far-right rival Marine Le Pen depends on one major uncertainty: voters who may decide to stay home..

Macron’s victory in this vote – which could have far-reaching implications for Europe’s future direction and Western efforts to stop the war in Ukraine – It would make him the first French president to win a second term in 20 years.

All opinion polls converge in recent days towards a victory for the 44-year-old pro-European centrist – but the margin on his nationalist rival varies widely, from 6 to 15 percentage points, depending on the poll. Polls have also predicted a record rise in the number of people who will vote in blank or not at all.

French overseas territories allowed voters to begin casting ballots on Saturday at polling stations that ranged from the Caribbean coast of the Antilles to the savannas of French Guiana on the South American coast.

Back on the French mainland, workers assembled a platform on Saturday below the Eiffel Tower where Macron is expected to deliver his post-election speech, either winning or losing.

France’s April 10 first-round vote knocked out 10 other presidential candidates, and who becomes the country’s next leader – Macron or Le Pen – will depend largely on what supporters of the losing candidates do on Sunday.

The question is tough, especially for left-wing voters who don’t like Macron but don’t want to see Le Pen in power either. Macron issued multiple appeals to left-wing voters In recent days hoping for their support.

See also  The Russo-Ukrainian War: What We Know on Day 68 of the Invasion | Russia

“Think of what British citizens were saying a few hours before Brexit or (people) in the US before Trump’s election took place: ‘I’m not going, what’s the point? “I can tell you they regretted it the next day,” Macron warned this week on France 5 TV.

“So if you want to avoid the unimaginable… choose for yourself!” He urged the hesitant French voters.

The two contenders had been feuding in the final days before Sunday’s election, Wednesday’s clashes in a face-to-face television debate. No campaigning is permitted during the weekend, and polling is prohibited.

Macron argued that a loan taken by Le Pen’s far-right party in 2014 from a Russian Czech bank made it ill-equipped to deal with Moscow amid its invasion of Ukraine. He also said that its plans to ban Muslim women in France from wearing the headscarf in public would lead to a “civil war” in the country with the largest Muslim population in Western Europe.

“When someone explains to you that Islam equals Islamism equals terrorism equals problem, it is clear that this is called the far right,” Macron announced Friday on France Inter radio.

In his victory speech in 2017, Macron promised to “do everything” during his five-year term so that the French would have no reason to vote for extremists.

Five years later, this challenge has yet to be met. Le Pen cemented her place on the French political scene by re-branding herself as less extreme.

This time Le Pen’s campaign sought to woo voters who are grappling with rising food and energy prices amid the fallout from Russia’s war in Ukraine. The 53-year-old candidate said lowering the cost of living would be a top priority If she was elected as the first female president of France.

She criticized Macron’s “tragic” presidency at her latest rally in the northern town of Arras.

She declared: “I don’t even mention immigration or security, as I think no French person can but note the failure of Macron’s policies…his economic record is also disastrous.”

Even if Macron is re-elected, “there is a big problem,” he said, political analyst Marc Lazar, head of the history center at Sciences Po. “A large number of people who will vote for Macron will not vote for this programme, but because they reject Marine Le Pen.”

He said that meant Macron would face a “significant level of mistrust” in the country.

Macron has vowed to change the French economy to make it more independent while protecting social benefits. He said he would continue to push for a stronger Europe.

His first term was shaken by the Yellow Vest protests against social injustice, the COVID-19 pandemic and the war in Ukraine. Macron in particular has been forced to delay a major pension reform, which he said he would re-launch soon after his re-election, to gradually raise France’s minimum retirement age from 62 to 65. He says this is the only way to keep benefits flowing for retirees.

Center-left leaders in Germany, Spain and Portugal urged, in a number of European newspapers, Thursday, French voters to choose him over his nationalist rival. They have raised a warning about “populists and the far right” who view Putin as “an ideological and political model, repeating his chauvinistic ideas”.

See also  Indian wheat was alleviating the food crisis. Then exports were banned

In any case, Sunday’s winner will soon face another hurdle in governing France: legislative elections in June will decide who controls the majority of seats in the French National Assembly.

Indeed, the battles promise to be tough to fight.

Follow AP’s coverage of the French election at https://apnews.com/hub/french-election-2022