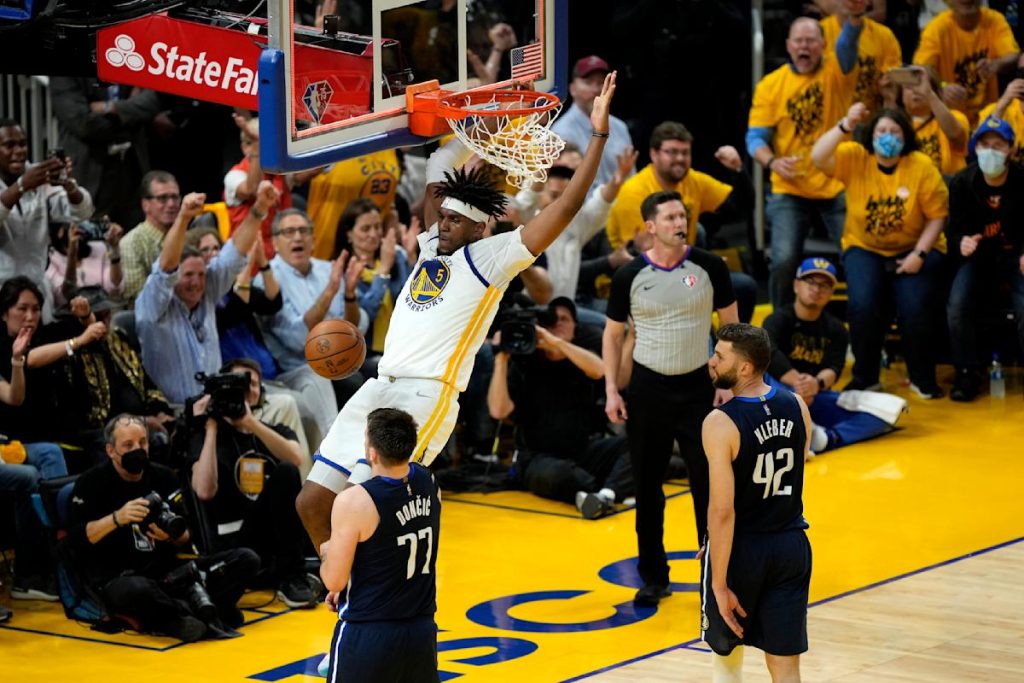 SAN FRANCISCO – The Golden State Warriors weren’t about to go out without a fight.

After the Dallas Mavericks led by 19 points in the first half thanks to the return of Luka Doncic, the Warriors came back methodically. Golden State made their first game with 11:42 to go on and off for a 126-117 win the game 2 From the Western Conference Finals Friday night at the Chase Center.

The Warriors advance 2-0 in the series as the series moves to Dallas for games 3 and 4. Golden State is 14-1 when they advance 2-0 under coach Steve Kerr. Her only loss was the 2016 NBA Finals against Cleveland.

Draymond Green had technique in the first half and flirted again a few times, then faced his fifth personal foul with 6:01 left in the third quarter. Long served on the bench, Kevin Looney made the most of his minutes.

Looney scored a career high of 21 points, matching 12 rebounds. The Warriors went on the 34-15 round with Greene on the bench and Looney in the game. Green returned, but was eventually knocked out of the game with six points, six boards and five assists.

Stephen Curry led the Warriors once again with 32 points, but the Warriors played their part and stepped up when needed.

See also  Speaker: "Mr. Snyder did not refuse to appear" before Congress

Jordan Paul continued his breakthrough beyond the season, pouring 23 points off the bench. For the match, the team shot 50% from distance and 56.1% from the field. The Warriors had their best shooting quarter of the season in the recent period (15 of 19).

Doncic, who was said to be ill after the first match, came out with a vengeance. He scored 24 of 42 points in the first half, but his efforts were not enough to keep the Mavericks in them. He’s beaten in Game 1, wears an abrasion to his face from accidental contact with Andrew Wiggins, suffers a nagging shoulder injury and fights through an illness between games.

The Dallas backcountry was the only bright spot with Jalen Bronson scoring 31 points.