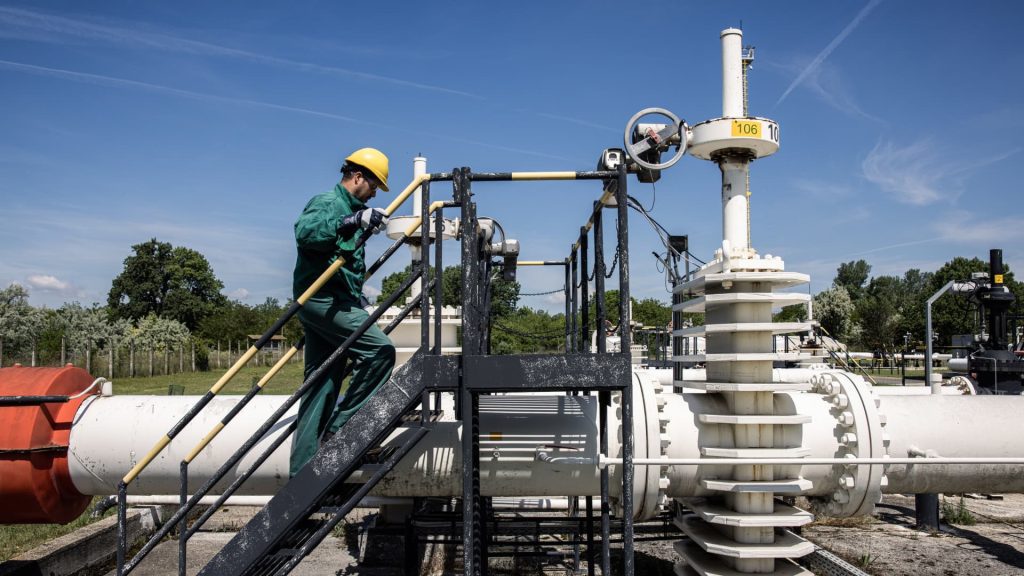 Hungarian Foreign Minister Peter Szyjjarto has ruled out the possibility of a Russian gas embargo in the next EU sanctions package, saying it would be “impossible”.

Szijjarto’s comments come as President Vladimir Putin says he believes the West will not be able to dispose of Russian oil and gas for several years.

The European Union has sought a complete ban on Russian crude in an attempt to cripple Putin’s war machine over the Kremlin’s attack on Ukraine. Bloc finally agreed Late last month, a partial oil embargo was imposed in the long-awaited sixth package of sanctions against Russia.

The compromise would see a ban on Russian oil being brought into the bloc by sea, with an exception granted for imports delivered via the pipeline after Hungary’s opposition.

Speaking to CNBC’s Charlotte Reed Thursday on the sidelines of an Organization for Economic Co-operation and Development ministerial meeting in Paris, France, Zyjjartou said: “When we impose sanctions, we have to make sure that those sanctions do more harm to those we are sanctioning than ourselves.”

“We must have a very clear position on the war, which we already have, we condemn Russia for this military aggression. We stand with Ukraine. But we also have to take reality into account,” he added.

Szijjarto spoke of his frustration at portraying Hungary as a country reluctant to punish Russia’s war in Ukraine, pointing to the fact that Russia currently supplies 65% of Hungary’s oil and 85% of its gas supplies.

He added that the lack of alternative infrastructure meant it was not possible for the country to rapidly reduce its dependence on Russian energy sources.

Shortly after the European Union approved the sixth package of sanctions last month, Estonian Prime Minister Kaja Kallas called on the bloc to go ahead and discuss the possibility of a Russian gas embargo in the seventh round of measures.

But Austrian Chancellor Karl Nahammer suddenly rejected this idea, saying that it would not be a topic for discussion.

When the Hungarian Szijjarto was asked about the possibility that the European Union might target Russian gas exports in its next round of sanctions, he replied: “No, that is impossible.”

“If you cannot import gas from Russia, the state stops, [the] The economy stops, we can’t heat homes, we can’t manage the economy. Our question is who can provide a solution?

Russia will not build concrete on its oil wells

Putin said on Thursday that Russia will not “gain concrete over its oil wells” while the West remains dependent on its energy sources. According to comments translated by the BBC.

“The volume of oil is decreasing in the world market and prices are rising,” he said. “The company’s profits are rising.”