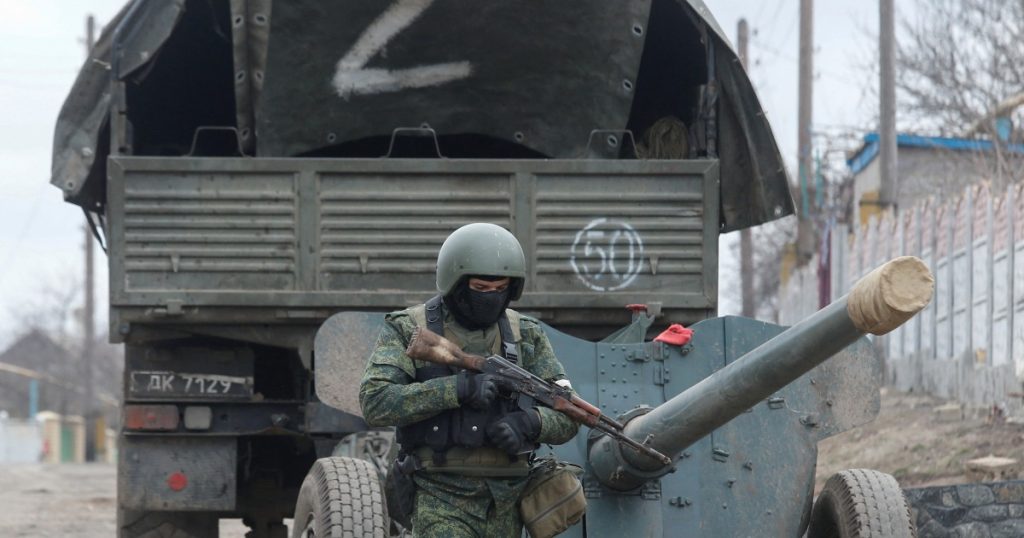 The Russian gymnast who wore a message related to the invasion of Ukraine on the medal podium was criticized by the athlete’s body.

The International Gymnastics Federation (FIG) said it will open disciplinary proceedings against Russian artistic gymnast Ivan Kulyak for his “shocking behavior” in displaying a symbol in support of Russia’s invasion of Ukraine during an event.

The 20-year-old, who finished third on Saturday in the Parallel World Cup Final in Doha, Qatar, prominently placed the letter “Z” on the front of his outfit while standing next to Ukraine’s Ilya Kovtun, who won the gold medal.

Russian forces used the letter Z as an identification symbol on their tanks and vehicles in Ukraine after Moscow invaded its neighbour. Some supporters of the invasion also displayed the symbol.

Russia describes its actions in Ukraine as a “special operation” that aims not to occupy territory but to destroy the military capabilities of its neighbors and arrest what it considers dangerous nationalists.

FIG has already canceled all of its events in Russia and Belarus, adding that it will not dedicate other events to the two countries until further notice.

Belarus was a major staging area for Russian forces.

The statement added: “FIG adopted further measures against Russia and Belarus on March 4. As of March 7, 2022, Russian and Belarusian athletes and officials, including judges, are not allowed to participate in FIG competitions or competitions approved by the International Federation. Football Association (FIG).

See also  CJ McCollum expects "a lot of wins in our future" after leading the New Orleans Pelicans to victory over the San Antonio Spurs.