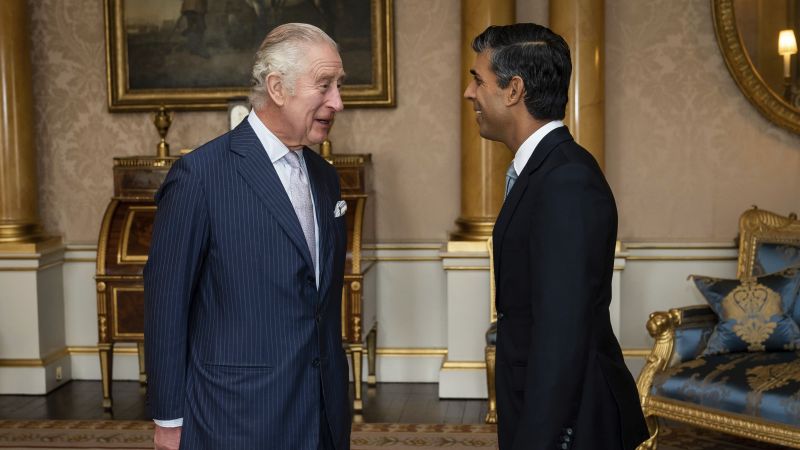 British Prime Minister Rishi Sunak made a statement after taking office outside No. 10 in Downing Street in London on Tuesday.

“Some mistakes were made.”

With this four-word message in his first address as Prime Minister, Rishi Sunak made it clear that he wanted to distance himself as much as possible from his politically radioactive predecessor, Liz Truss.

It was an unusually blunt assessment of his colleague, but it is clear to see why Snack would like to present himself as the (other) new face of Britain. The Truss period brought disaster to the British economy, and Sunak has positioned himself as the man who balances the books and stabilizes the country.

He will begin that task later on Tuesday, when he begins appointing his cabinet. Some expect an olive branch for those on the right wing of the party, but Sunak must balance unity and harmony after another wave of chaos in Downing Street.

It also remains to be seen if the economic debate within the Conservative Party is really settled.

In her 416-word farewell speech — eight words for every day she served as a leader — Liz Truss omitted any apology for the impact of her financial plan.

Instead, Truss tried one last time to defend her vision. “We simply cannot afford to be a low-growth country where the government takes an increasing share of our national wealth,” Truss said, calling for “lower taxes” and a focus on growth.

Truss could seek to exploit what remains of her political capital by becoming an outspoken deputy. Sunak must also deal with the continued presence of his rival, Boris Johnson, and the huge charisma he still has at the party. And he must back off calls for a general election from the Labor party, which has surged in opinion polls after a year of crisis at the top of the ruling group.

With potential enemies on all sides and terrible economic winds looming, some might be wondering why Sunak would want the job.

“When the opportunity to serve comes, you can’t question the moment, only your desire,” said Sunak outside Downing Street.

This readiness may be tested in the coming months. For now, though, Sunak has sealed the job he was coveting on a second try, on a historic day for Britain.