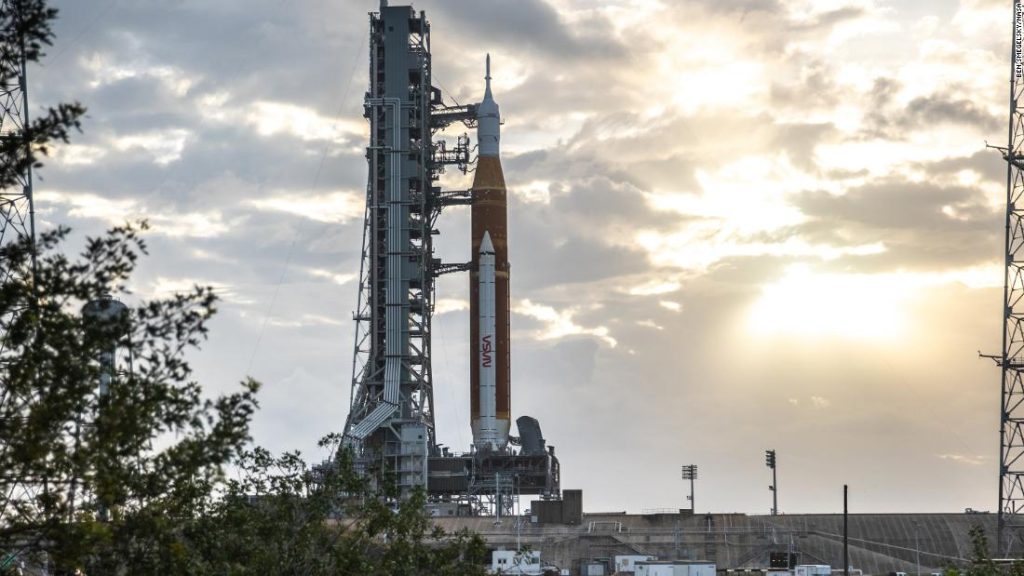 The rehearsal, as NASA calls it, simulates each stage of the launch without the rocket actually emerging from the launch pad.

The test was originally scheduled to be completed on Sunday, but was suspended before the propellant was loaded. This was due to problems with two propellers used to pressurize the mobile launcher – the movable turret on which the rocket would sit before taking off.

On Monday, NASA said it managed during the night to resolve a malfunction of the propellers, which are needed to compress enclosed areas inside a rocket launcher and keep out dangerous gases.

However, the rehearsal was halted for the second time on Monday due to a problem with the vent valve. NASA announced via Twitter.

“Due to a problem with the vent valve, the launch manager has canceled testing for today. The team is preparing to dump LOX and will begin to discuss how quickly the car can be flipped for the next attempt. Lots of great learning and progress today.”

Sunday’s delay came after the rocket survived four lightning strikes during a strong thunderstorm at the Kennedy Space Center on Saturday. However, NASA said the fan issue that forced the postponement on Sunday is not believed to be related to the storm.

The results of training in wet clothes will determine when Artemis I will embark on a mission beyond the Moon and back to Earth. The unmanned mission is expected to begin in June or July.

This mission will launch NASA’s Artemis program, which is expected to return humans to the moon and land the first woman and first people of color on the moon by 2025.

During the flight, the unmanned Orion spacecraft will blast above an SLS rocket to reach the moon and travel thousands of miles behind it — farther than any spacecraft intended to carry humans has traveled. This mission is expected to last a few weeks and will end with Orion spray in the Pacific Ocean.

Artemis I will be Orion’s final testing ground before the spacecraft carries astronauts to the Moon, 1,000 times more Earth-bound than the International Space Station site.

After the uncrewed Artemis I flight, Artemis II will be a lunar flight, and Artemis III will return astronauts to the lunar surface. The launch schedule for subsequent missions depends on the results of the Artemis I mission.