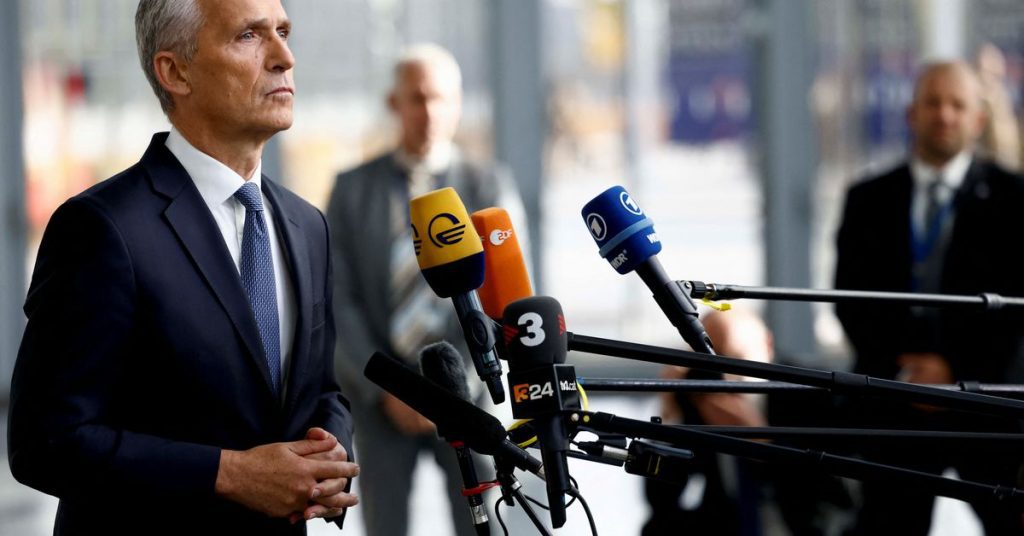 BRUSSELS (Reuters) – More than 50 countries gathered on the sidelines of a NATO meeting in Brussels on Wednesday to discuss strengthening Ukraine’s air defense, two days after Russian missiles rained down on Kyiv and other cities across the country.

The gathering in Brussels is the first major NATO meeting since Russia annexed four occupied Ukrainian regions, began partial mobilization and issued veiled nuclear threats — moves that the Western alliance has characterized as a clear escalation of a war that began with Moscow’s invasion of Ukraine in February. .24.

Stoltenberg said the “horrific and indiscriminate attacks” showed why this was so important.

A source in the German Defense Ministry said that Ukraine on Tuesday received the first four IRIS-T SLM air defense systems that Germany had promised to supply.

See also  A top US general in Europe said there "may be" an intelligence gap in the US that has led the US to overestimate Russia's capabilities.

A senior US defense official, speaking on condition of anonymity, said Germany’s IRIS-T was another sign of commitment to providing air defenses to Ukraine, ahead of Russia’s latest missile against the country.

“Again this is a horrific combination of circumstances, what happened,” the official said. But the fact that Russia has this capability and is willing to use it, including against civilian infrastructure and civilian targets, is not surprising.

Stoltenberg described the Russian missile attacks as a sign of weakness, showing that President Vladimir Putin is running out of alternatives as his forces have been losing on the battlefield.

Moscow, which describes its actions in Ukraine as a “special military operation” to eliminate dangerous nationalists and protect Russian-speaking people, has accused the West of escalating the conflict by backing Kyiv.

Ukraine accuses Russia of imperialist land grab without provocation, three decades after the breakup of the Moscow-led Soviet Union.

NATO defense ministers will first meet with the partners of the Ukraine Defense Contact Group, a body established at the initiative of the United States to continue arms supplies to Kyiv. Ukrainian Defense Minister Oleksiy Reznikov will also participate.

Then NATO ministers begin their talks with a dinner before Thursday’s first session on nuclear planning.

Stoltenberg said the alliance had not seen any changes in Russia’s nuclear posture.

“But we will remain vigilant and continue to monitor closely because nuclear threats, nuclear rhetoric and hidden threats from Russia are dangerous and reckless,” he added.

NATO is organizing its annual nuclear preparedness exercise, dubbed Steadfast, next week, with training flights for nuclear-capable fighter jets stationed in Europe and support aircraft. Live weapons are not used.

NATO ministers are also set to discuss the protection of critical infrastructure, a need that has become more urgent after attacks on Nord Stream pipelines running under the Baltic Sea, although it remains unclear who was behind the bombings.

Poland’s PERN said on Wednesday it had detected a leak in one of the pipelines in the Druzhba system that transports oil from Russia to Europe. She said it was probably due to an accident.

NATO warned Moscow on Tuesday that it would face attacks on critical allies’ infrastructure with a “united and resolute response.”

Stoltenberg pledged to step up protection of critical infrastructure, saying that NATO had already doubled its presence in the Baltic and North Seas to more than 30 ships supported by aircraft and offshore activities.