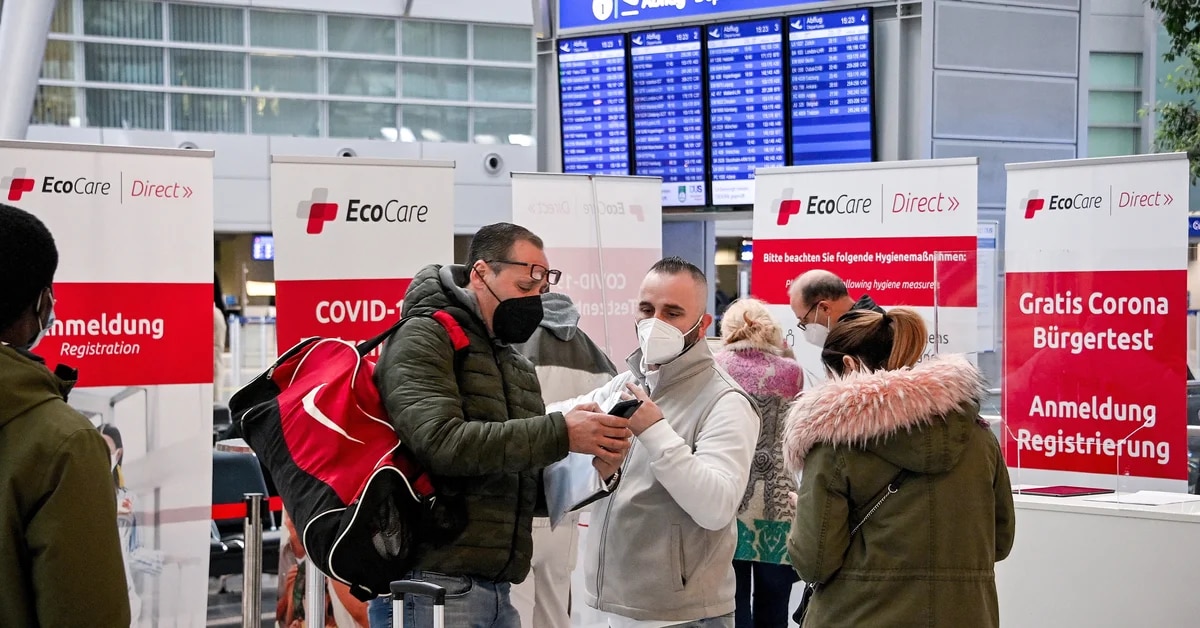 Airlines canceled about 4,500 flights worldwide between Friday and Saturday And according to data from the Flightaware portal, thousands of flights were delayed due to the expansion of the Omicron variant of COVID-19.

According to the website quoted, At least 2,000 flights were canceled on Christmas Day, including about 700 or so flights departing from the United States and about 1,500 delayed., 07:20 Based on the countdown for GMT.

Several companies sought advice through the news agency AFP Mentioned as the reason for the cancellation New wave of epidemic, Which particularly affects groups.

According to Flightaware, United Airlines had to cancel more than 200 flights on Fridays and Saturdays, of which 10% were scheduled.

“The peak of Omigron cases across the country this week has had a direct impact on our team and the people who run our operations.The company said in a statement on Friday.

Delta Airlines has also canceled 260 flights, According to Flightaware, with Ómicron and, to a lesser extent, adverse weather. “Delta groups have exhausted all options and resources“Before deciding on these cancellations, the airline argued.

More than a dozen Alaska Airlines flights were also canceledSome of whose employees said they were “susceptible to the virus” and wanted to isolate themselves.

The cancellation disrupts plans to return to travel during the year-end holidays after the 2020 Christmas epidemic.

Chinese airlines also suffered blows and China Eastern canceled 480 flights, About 20% of planned itinerary and Air China landed 15% of all flights it was supposed to fly, Saturday 07:20 GMT at the count.

The American Automobile Association (AAA) estimates that more than 109 million Americans are expected to leave their homes by air, train or car between December 23 and January 2, an increase of 34% over the previous year.

Most flights were planned before the Omigron eruption, which spreads at higher speeds and is more contagious than previous variants..

However, these disruptions did not have a strong impact on the Santa Claus aircraft, which the North American Space Defense Command (NORAD) has been following for 63 years.

Micron, Surprising Variation on Christmas Eve: What are the signs to take into account
One study suggests that the three-dose Sinovac Omigron variant may not be safe
Omicron’s other threat: Strategic operations in Europe could be paralyzed