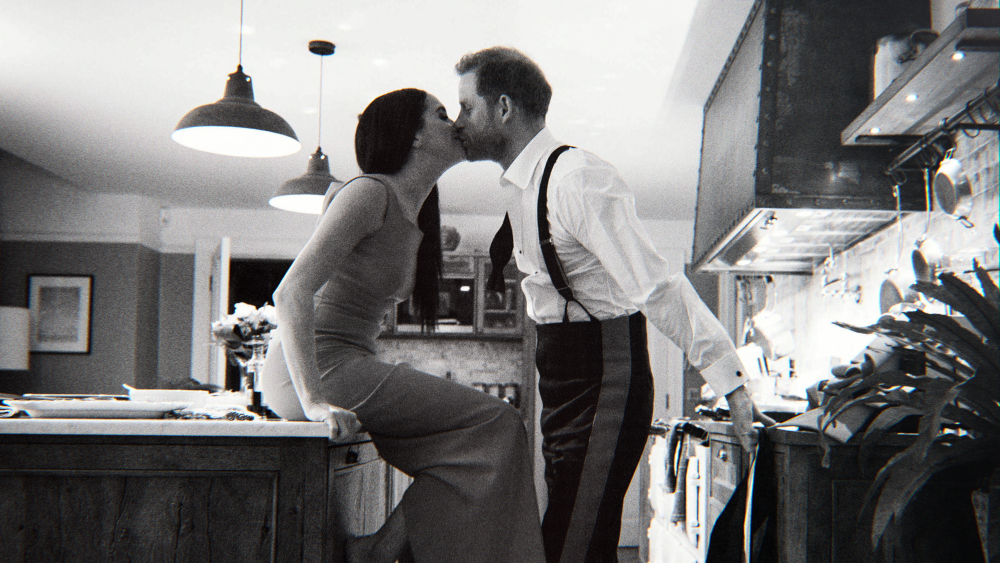 The dispute between Buckingham Palace and the producers is behind it NetflixThe string of ‘Harry and Meghan’ documentaries intensified after it emerged that palace officials had not only had the opportunity to comment on the Sussexes’ allegations within the show, but had even tried to obtain footage beforehand.

The war of words broke out last Thursday, shortly after ‘Harry and Meghan’ dropped on Netflix at 8am UK time. The series begins with a set of title cards that read: ‘This is a first-hand account of Harry and Meghan’s story, told with never-before-seen personal archives. All interviews completed by August 2022. Members Royal family He declined to comment on the content within this series.

By late morning, Buckingham Palace sources appeared to have told royal correspondents that the royal family had not been contacted for comment. Rebecca English, the Daily Mail’s royal editor, tweeted at 12pm: “Contrary to the claims of the makers of the Netflix documentary, I do not understand that neither Buckingham nor Kensington Palace nor any other royal has been contacted for comment on the content of the series. I do not expect any comment.” of the royal families as they are.”

Roya Nikah, royal editor for The Sunday Times, tweeted at 12:02pm: “New senior royal sources say this claim in #HarryandMeghanonNetflix that the royals have refused to comment, is false. Sources say they are not aware of any approach to engagement With Buckingham Palace, Kensington Palace or any member of the family regarding its content or for comment[.]”

A source at Netflix immediately denied the palace’s claim, saying that both Harry’s father, King Charles, and his brother, Prince William, have been contacted for comment via their communications secretaries and given an opportunity to respond.

In the series, Harry claims his older brother They “shouted and yelled” at him After telling them that he and his wife Meghan intended to “step back” from the Royal Family, and that William had effectively “scared” him out of the family. He also claimed his father said “things that aren’t true” and that both men – or at least their offices – leaked stories to the press about Harry and Meghan.

By late afternoon, Buckingham Palace sources had changed their tune, according to British news reports, and confirmed that they had received a request for comment via a “third-party production company,” which they attempted to check with both Netflix and Sussexes production company Archewell. Having received no response from either party, they did not respond to the request.

At 4.26pm Nikkhah tweeted: “A @KensingtonRoyal source clarified that an email ‘allegedly’ to be from a third party production company on the #HarryandMeghan document was received from an unknown corporate email address. KP [Kensington Palace] I reached out to @netflix and Archwell to try and check it out but got no response[.]”

“I understand that a similar approach from an unverified email was also made to Buckingham Palace and BP [Buckingham Palace] she wrote in a follow-up tweet. Sources say neither email contained information essential to the chain for a proper right of reply[.]”

It has now emerged that William’s communications secretary, Lee Thompson, not only acknowledged receiving Story Syndicate’s email, but in a Nov. 30 reply asked the company to share footage of the series with him in advance before it was shown on Netflix, a source confirmed to Story Syndicate that diverse. Once Story Syndicate told him they couldn’t share any footage beforehand — but asked him again to respond to claims made within the series, which they reiterated in the email — Thompson didn’t respond further.

Story Syndicate’s source confirmed diverse A request for comment has also been sent directly to Tobin Andrea, the royal’s director of communications and spokesman for King Charles. This email was sent to Andre’s PO Box instead of a general email address at Buckingham Palace and has not been bounced back.

On the same day, Story Syndicate also sent an email to Jason Knauf (Prince William and Harry’s former joint communications secretary), explaining the allegations made about him in “Harry & Meghan”. A source close to the documentaries pointed out diverse that Knauf, unlike the Royal Communications team, did not question the veracity or involvement of the production company’s email and answered Story Syndicate’s inquiry with a comment that was then included in the series.

Buzzfeed News, which first reported the news about Thompson’s request, reported that an Archewell employee received an email from the Royal Communications team regarding a Story Syndicate query, but it was sent after the deadline for including the response in the docuseries had expired. Buzzfeed News added that Netflix has not seen any correspondence from the royal family regarding the docuseries, but such a request may have been sent to an “unknown account.”

A source has independently confirmed Archewell’s correspondence with minors diverse.

Buzzfeed News also claimed that Thompson and Andrea were the “royal sources” who briefed Flavor and English, and sent them the information via a WhatsApp group.

diverse I have reached out to all parties for comment.