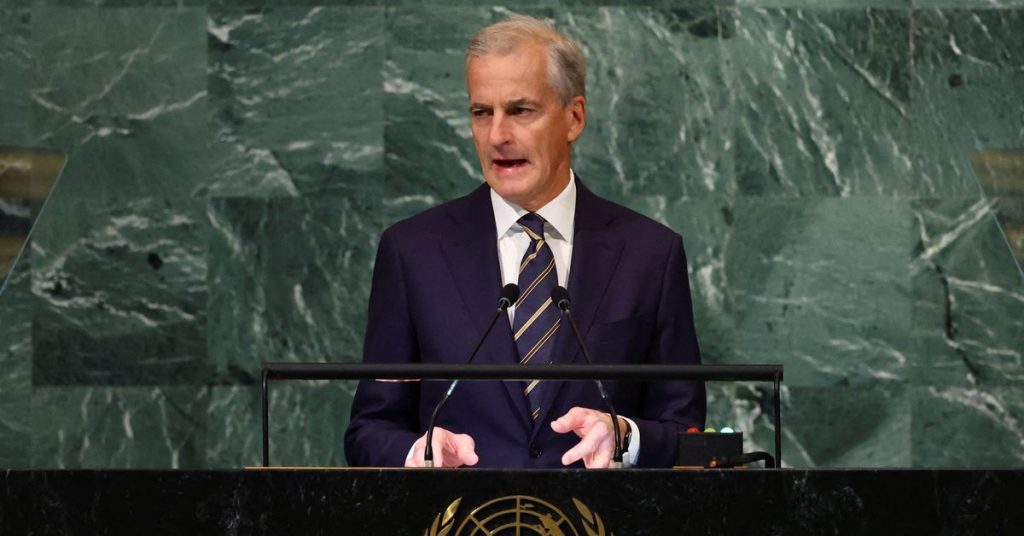 OSLO (Reuters) – Norway will raise the alert level of its army from Tuesday, the Norwegian government said, as it moves more personnel to operational missions and strengthens the role of the rapid mobilization force in response to the war in Ukraine. Monday.

However, the scale of preparedness on which the military operates is classified, and the government has refused to give details of the level.

Kristoffersen told Reuters that there were no concrete threats against Norway that now led to the decision, but the totality of “doubts” prompted the authorities to raise the country’s military readiness.

“We have seen an escalation (in the war) in Ukraine, we (Norway) are training Ukrainian forces, and the Ukraine war has changed with Russian mobilization,” he said in an interview.

“Meanwhile, there was a gas explosion in the Baltic Sea and drone activity in the North Sea platforms.”

Christophersen added that the high level is expected to continue for a year, “maybe more.”

Norway deployed its army for the first time to protect offshore platforms and land installations after the Nord Stream pipeline leaks on September 26 in Swedish and Danish waters and received support from the British, Dutch, French and German armed forces.

The country’s security police last week arrested a suspected Russian spy and are also involved in protecting exports of gas, which is vital to Europe’s energy supply next winter.

NATO member Norway shares a land border of about 200 kilometers (125 miles) with Russia in the Arctic, as well as a vast sea border.

The Scandinavian country of 5.4 million people is now the largest exporter of natural gas to the European Union, accounting for about a quarter of all EU imports after Russian flows declined.

“The continuing war in Ukraine, and Russia’s attempts to weaken (international) support for Ukraine mean that all countries in Europe should be considered to be exposed to mixed threats, including Norway.” Prime Minister Jonas Gare Stoer told Reuters.

Kristofferson said the Air Force has canceled training in the United States with its F-35 fighter jets, preferring to keep them in Norway.

He oversees news coverage from Norway for Reuters and loves to travel to Svalbard in the Arctic, oil rigs in the North Sea, and guess who will win the Nobel Peace Prize. Born in France and with Reuters since 2010, she has worked for The Guardian, Agence France-Presse and Al Jazeera English, among others, and speaks four languages.