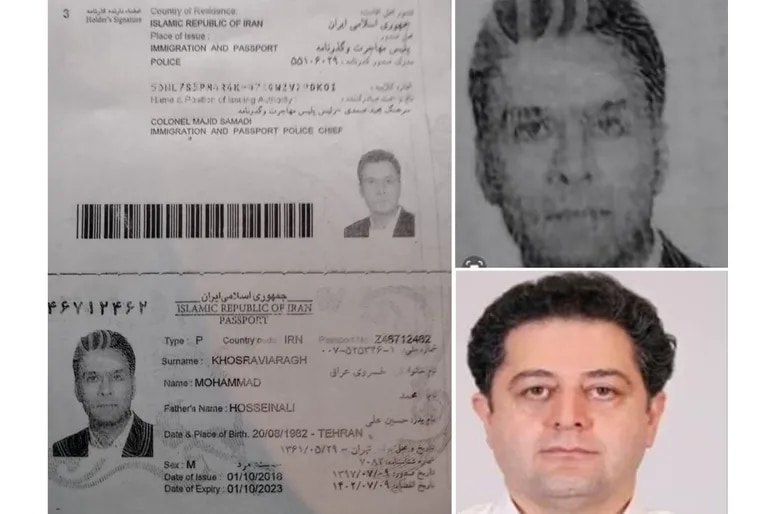 President of Paraguay, Mario Abdo Benitezis referred once again to the investigation of The aircraft was retained at Ezeizawho was in his country with the team members Venezuelans and IraniansAnd insisted that men have relationships Terrorism. “A man in Cuba underwent facial surgery. Imagine, it looks like a movie“, he said.

“More will be revealed with time“The intelligence of Paraguay did a great job to determine the danger of this flight, because it reported and warned, investigations can be done,” the president told reporters last Wednesday, the newspaper reported. ABC. He further highlighted: “We found that a large part of that group had links to international terrorism, one of whom changed his face in Cuba. Imagine, it looks like a movie.

Afterwards, Abdo spoke to his country’s press about Iran’s reaction to the plane’s condemnation. Conviasa, the Venezuelan airline that owns Argentina-based Emtrasur, has been linked by the United States to the terrorist organization Hezbollah.. “It doesn’t matter what Iran says. The Ministry of External Affairs responded. Paraguay has a firm commitment to the fight against international crime, regardless of which countries they are, and it is not an issue against any country, but the fight against international crime and terrorism.

The vessel landed on Paraguayan soil on May 13 and departed for Aruba on May 16 loaded with cigarettes.

Abdo noted that they were on the plane from the government 19 personnel, 14 Venezuelan and 5 IranianAnd at least one of them, according to national authorities and consistent with U.S. reports, is related to international terrorism.

In response to the complaint, Iran said the allegations were “vain and baseless” and had nothing to do with the “history of friendly relations” between Tehran and Asuncion.

Rumors of an Iranian who has changed his face in Cuba have been circulating in Buenos Aires for a week, with no specific data recorded in connection with the ongoing case at the Lomas de Zamora Federal Court.

Said group member Mohammad Khosrawiraq, 39, who had been in Ezeiza since June 6 and joined a group of pilots who stayed in Ciudad del Este for three days in May.

Proponents of this hypothesis—which Abdo has now publicly established— They circulated a photo of the passport issued by Khosravirak in Ezeesa and another photo of a credential theoretically equivalent to that of a co-pilot of an Emtrasur flight. At first glance they don’t look the same. But sources promoting this version say it’s the same person as facial recognition and artificial intelligence analyzes prove it.

The Kosravira figure weighs in on the suspicions registered in the complaint filed by the judiciary Gerardo Millman and Ricardo Lopez Murphy. They asked the judge in the case to inquire into his true identity.

“It has come to our attention that the co-pilot of the Iranian Boeing 747, Mohammad Khosravirak, who issued passport Z46712482 to immigrate to Argentina, actually has the last name of Khosravirak.” “In the Arab or Persian world it is very common for people to take their place of origin as their last name,” they confirm to the complainants. And they affirm: “In these practices, members of Hezbollah, Quths and other organizations distort their names/surnames, change the letters or play with pronunciations, by Westerners. Not easy to determine, certainly helps to avoid obvious identification. The person in question.

According to the filing, ‘Khosraviraq’ bears a phonetic similarity to ‘Khosrawi Iraq’ and is a clue to the real identity of the plane’s co-pilot. They add that this man “may have been born in Iraqi territory but may actually be ‘Mohammed Khosrwirak’ today.” A keen collaborator of Iranian intelligence and a key link in operations between Venezuela and Argentina.

Opposition leaders do not divulge the source of their statements or evidence to prove them They assert that “Mohammed Khosrwirak” served for many years and worked very closely with General Qasem Soleimani, the head of the elite Quds Force. and died in a 2020 US strike at Baghdad airport.