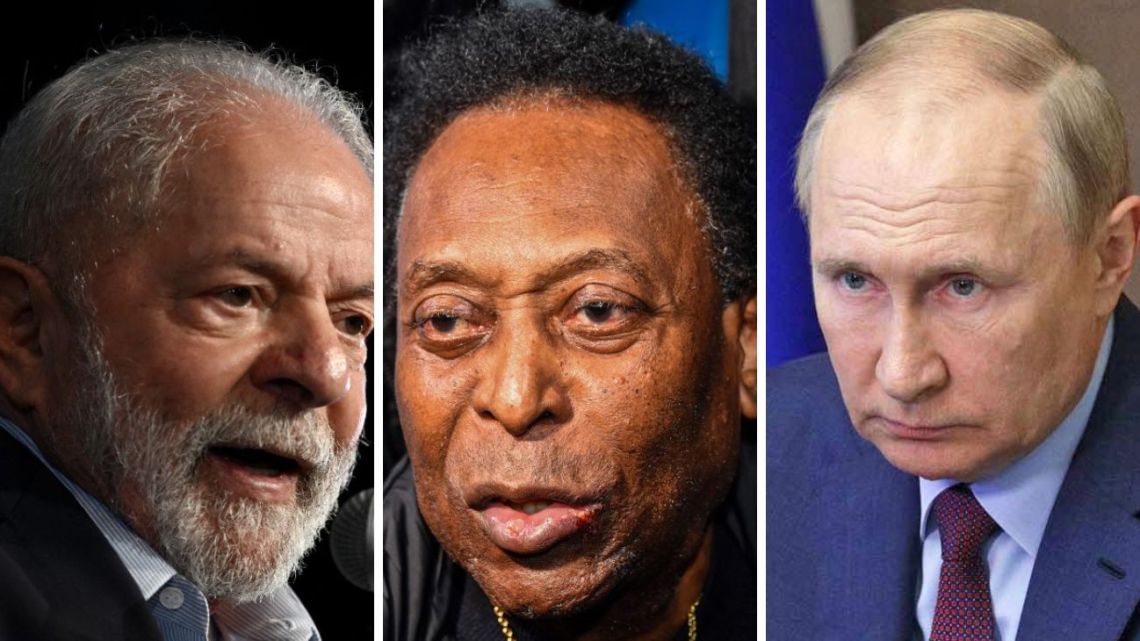 On top of a sacred hill in Lima, total 13 Shamans The Peruvians threw cocoa leaves on the ground, while the snake “Maria” fell down. Pictures of various presidents 2023 is subject to expected projections.

The ceremony was presided over by President Walter Alarcon Organization of Shamans of Peru. The mysterious protagonist carries a conch or “putudo” in his hands, which he blows like a bubble. Other shamans were present at the ceremony, Around the picture of Luis Inacio Lula da SilvaHe will be sworn in as the president of Brazil on January 1.

“At first Lula’s mandate was a bit complicated Because there will be enemies who disagree with what he’s thinking, but then things will be smooth and he’s going to make it. [buen] Share in Brazil’s sister country,” predicted Alarcon.

Shamans from all regions were summoned to the meeting: Coastalstraw hat; Andean, multicolored ponchos; Y AmazonianCases with feathers, necklaces and geometric motifs.

This Wednesday, December 28, they prayed to ‘Taita Indi’ (Father Sun) and ‘Pachamama’ (Mother Earth) in 2023. Lined up on the floor. Photographs of various leaders and influential people Subjects for future study.

Brazil is on high alert ahead of Lula’s inauguration

What did they say about Pele?

gathered in San Cristobal HillA ‘Abu’ (Sacred Mountain, in Quechua) 300 meters high, when there is no fog, you can see the shamans, Lima normally. They began their rituals.

Through clay pots and aromatic herbs, they expressed themselves Concern for health PeleThe Brazilian soccer star has been hospitalized in Sao Paulo since late November.

“A PeleWe and the whole world appreciate him because he was a great footballer.”Commented the shaman Cleofé Sedano, who, unfortunately, did not see an immediate positive outlook.

Pele’s daughter’s emotional and nostalgic message from the hospital

“We want to take care of your health more than anything in the years you have. You will have some problems, but you can overcome temporary ailments. That is why we have raised it (started power), and it will continue,” he said.

Shamans were awake at night and consumed AyahuascaA traditional drink from the Amazon extracted from a liana of the same name Called “Spirit Rope”.It produces hallucinogenic effects.

In the ritual, the healers also placed photographs President of Peru, Tina Polwarteand its predecessor, Pedro CastilloArrested A A failed coup d’état on 7 December.

“Next year will be very difficult for her (Boluarte) because of the mistakes she makes.. You will have many conflicts. “We’re going to have a lot of surprises in politics,” Cedano said.

“We’ve seen a little social upheaval in Peru, and things get a little more serious.”Alarcon anticipated the demonstrations that followed Castillo’s fall.

“His (Castillo’s) process is going to take a while and he’s not going to come out no matter what people do, ask or say,” Simeone declared for his part.

The end of the war?

On some colorful blankets spread on the floor, the shamans distributed oranges, tangerines, bananas and apples. A sign of prosperity and wealth. Also, with yellow flower petals, they drew the numbers of 2023.