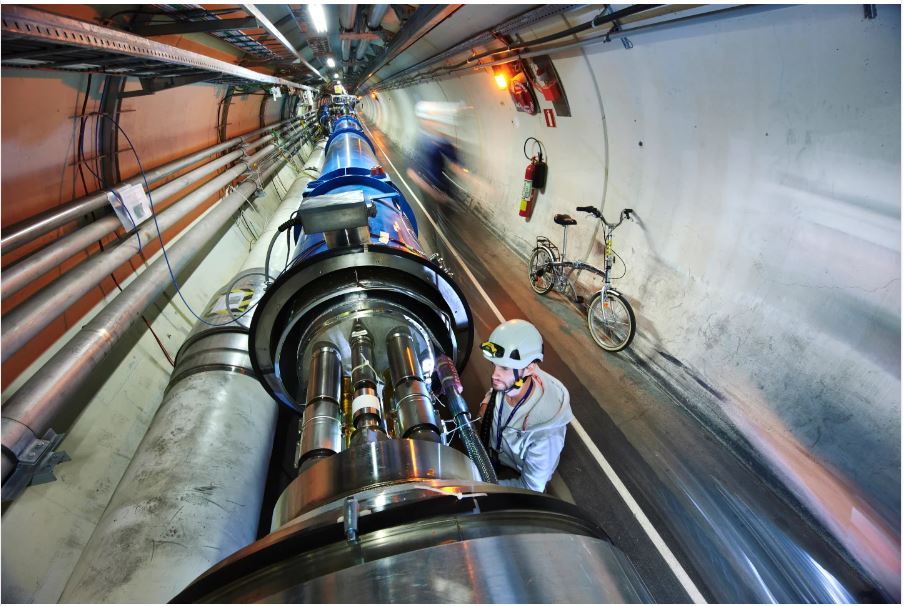 There is a huge debate going on on social media about July 5, 2022. On that date, the European Organization for Nuclear Research, the European Organization for Nuclear Research, will start the third round of the Large Hadron Collider. This machine has been discontinued for 3 years for upgrades and maintenance. The collider was created in 2008 and conducted several experiments. In 2012, she was able to discover a rare particle called the Higgs particle. Scientists were very excited about this discovery and named the particle the “God particle.” On July 5, the collider is expected to reach a new world energy record of 13.6 trillion electron volts (13.6 electron volts) in some of its collisions. Essentially, this acceleration would allow the collider to smash billions and billions of protons together for a chance to produce the Higgs particle as well as other particles they believe originated in the early universe.

Social media like TicTok, YouTube, and platforms like reddit They had ongoing discussions and theories about what could happen as a result of this energy. The prevailing claim is that the portal will open, like a black hole, and this will allow “dark matter” to enter our sphere. So we were warned to avoid “low energy” on July 5th. Avoid disagreements, avoid arguments, and avoid anything that might frustrate you. Social media warns that people with low energy vigor will suffer the most and start behaving in erratic and possibly violent ways.

I wonder what more we can think of in this really crazy world we’ve been living in for the past two years. I would never have imagined that I would live in a pandemic. I never would have imagined that our city would shut down for about 12 months, with a very slow return to almost normal. In fact, we will never be the same before 2020.

Learning about this CERN event prompted me to do research on things I didn’t know before. Focusing on the accelerating speed of the collider potentially producing or detecting “dark matter” made me curious. according to NASA, dark matter is made up of particles that do not absorb, reflect or emit light, so it cannot be detected. Dark matter is material that cannot be seen directly.

So basically what they’re saying is that on July 5th, this massive event is going to happen where there’s an acceleration that’s never happened before, maybe detecting particles that we haven’t been able to identify before but that we’re definitely part of our world.

Well, I’m interested. It just so happened that this event will have a film director and a show “particle feverIt can be viewed online on July 3rd.

On the 4th of July there will be a live broadcast webcast The countdown to the big event continues. Not sure I’ll adjust that. Instead, I’ll check out my book Chariots of the godsby Eric von Doneken. This book must be read. It was written in the late 60’s and I think I’ve read it at least 12 times. This collider, portal, dark matter, and black hole stuff got me thinking about this book. Chariots of Gods is all about world puzzles. How civilizations centuries ago were able to build things with great precision.

I have visited Chichen Itza, located on the Yucatan Peninsula, Mexico. I was able to climb up the ruins and walk through the amazing observatory called El Caracol. This planetarium, if you will, was created with such precise astronomical knowledge that scientists to this day are unable to explain how a primitive group like the Maya managed to build it. All window openings follow celestial bodies and hold some astrological significance. Moreover, the hieroglyphs in this area are amazing.

in Chariots of the godsThere is a hieroglyph that looks like a man in a spacesuit. The question is how could such a primitive civilization know this? Topping this out, many historians cannot definitively explain what ultimately happened to the Maya. some catastrophic events It happened and eliminated most of them.

So what are you going to do on the 5th of July? Most of us will be back to work that day. I think it’s good advice, anyway, to keep high energies. No need to leave that pesky dark energy in your world.