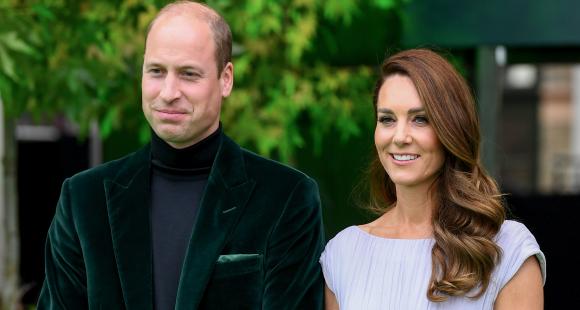 Prince William and Kate Middleton They showed their support for Ukraine and President Volodymyr Zelensky. And in a statement sent via Twitter on Saturday, The Duke and Duchess of Cambridge He praised Ukraine and its leader in the face of Russian attacks.

“In October 2020, I had the honor to meet President Zelensky and the First Lady to find out their hope and optimism about Ukraine’s future. Today we stand with the President and all the Ukrainian people as they bravely fight for that future,” the tweet read. . According to The Independent, the message of solidarity sent by members of the British royal family came just hours after Zelensky posted a video on social media showing himself wandering the streets of Kiev after a night of artillery shelling in different parts of the city, telling the audience “I’m here.”

Interestingly, the message also comes after a statement from Prince Harry and Meghan Markle, who are stepping back from royal responsibilities, and criticized the invasion saying they “stand by the people of Ukraine”. According to a representative for the couple’s nonprofit Archewell, the attack constituted a “violation of international and humanitarian law,” and the couple encouraged world leaders to stand up for the embattled country.

Meanwhile, for the third day in a row, Russian soldiers bombarded cities with artillery and cruise missiles. As street fighting raged and residents ordered to seek asylum in Kiev, the Ukrainian president declared that the capital had not fallen. According to The Independent, the flow of refugees has continued across the western border, with 100,000 arriving in Poland in just two days.

Read also:Parents are emotional as students from Ukraine safely return to Mumbai; photo