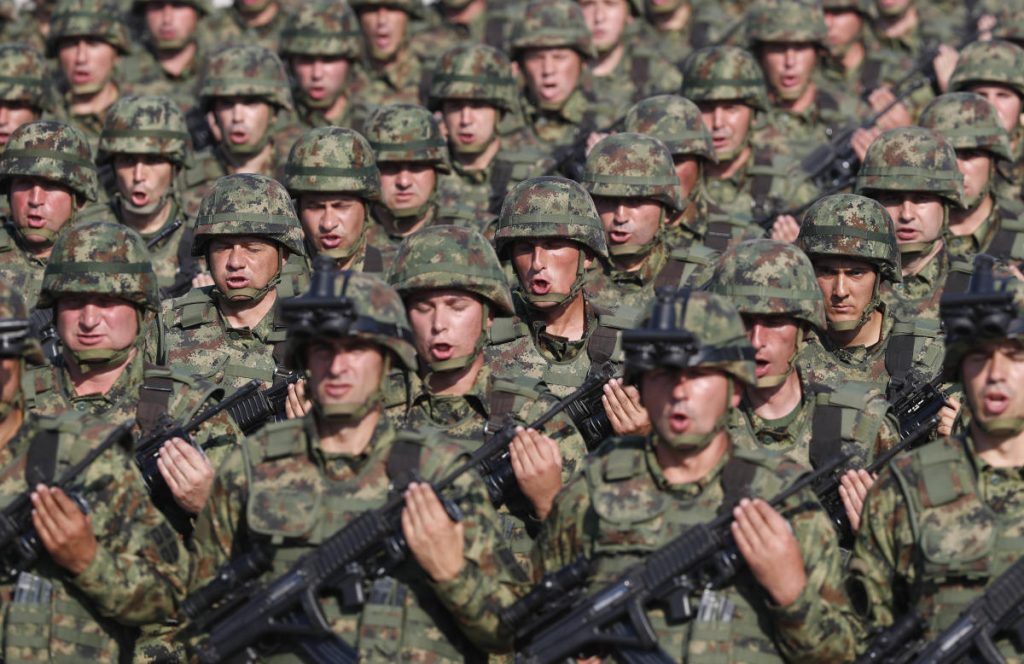 BELGRADE, Serbia (AP) — Serbia on Thursday formally demanded the return of its security forces to the formerly breakaway Serbian province of Kosovo, despite warnings from the West that such calls were unlikely to be accepted and heightened tensions in that part of the Balkans. .

Serbian President Aleksandar Vucic told state RTS television that the government had asked the commander of NATO-led peacekeepers stationed in Kosovo since 1999, when the Western alliance expelled Serb forces from the region, to allow the return of up to 1,000 Serbian army and police officers. . To the north inhabited by Serbs.

Vucic said: “The request says that a certain number of (Serb forces), from one hundred to 1,000, will return to Kosovo.”

He said that despite the fact that “this will almost certainly not be granted”, the request would be recorded on the record.

Serbian officials claim that the UN resolution that officially ended the Kosovo War allows Serbian forces to return to Kosovo. NATO bombed Serbia to stop the war, end its bloody campaign against separatists and Albanian civilians, and ordered its forces out of Kosovo.

Serbian officials claim that NATO- and EU-led peacekeeping missions are unable to protect Kosovo’s Serb minority from harassment by the Kosovo Albanian majority and that their security forces can do the job.

The return of Serb forces is unlikely to be granted as it would in effect mean handing over security in the Serb-inhabited northern regions of Kosovo to Serb forces – a move that would greatly increase tensions in the Balkans.

See also  Johnson criticized Britain's responsibility for the closure, but did not resign

German and American officials have strongly rejected any idea of ​​the return of Serbian security forces to the area.

Tensions flared up again between Serbia and Kosovo over the past week after Serbs erected roadblocks on main roads in the north of the province to protest the arrest of a former Kosovo Serb police officer. Shots were fired from the barricades.

Serbia has raised the combat readiness of its troops on the border with Kosovo and warned that it will not stand idly by if Kosovo Serbs, who make up less than 10% of Kosovo’s population, are attacked.

The creation of Kosovo has been accepted by the United States and much of the West. Serbia and its allies Russia and China rejected it and prevented Kosovo from joining the United Nations and other international institutions.

There are fears that Russia will push Serbia into another military intervention in Kosovo to try to divert at least some of the world’s attention from its invasion of Ukraine. Under Vucic’s populist leadership, Serbia has been moving steadily away from its stated goal of EU membership and toward a closer political and military alliance with Moscow.

Russian Foreign Ministry spokeswoman Maria Zakharova said Thursday that “the Russian ambassador to Serbia, who is in close contact with the Serbian leadership, has been instructed by the center (Moscow) to take concrete steps to support (for Serbia) including normalization or suggesting ways to normalize the situation” in Kosovo.

Meanwhile, the Prime Minister of Kosovo on Thursday Officially submit your country’s application for candidacy status for EU membershipwhich is the first step on what appears to be a very long road to eventual membership.