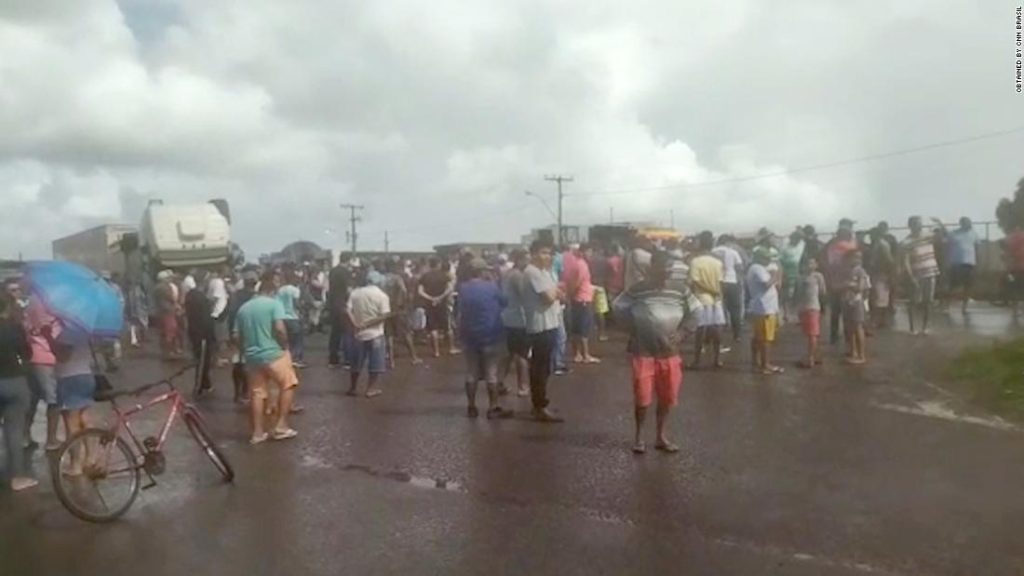 In a video clip purporting to show the accident on Wednesday, two Federal Highway Police officers are seen trying to restrain 38-year-old Ginvaldo de Jesus Santos to the ground.

The footage has been edited in the widely shared video, leaving gaps where it is unclear what happened between the clips.

The following clip shows officers allegedly putting Santos in the boot of an FHP SUV. The individual appears to resist the officers’ efforts to get them fully into the vehicle.

In another clip, officers are shown using the trunk of a police car to steady the man’s legs while the car filled with white smoke or an unknown gas. He hears the screams of the trapped man. In another clip, policemen are seen holding the man’s legs as the gas dissipates, and after about a minute and a half, his legs appear to have stopped moving. The officers were seen holding the trunk of the car closed.

Sergipe State Federal Highway Police said in a statement that Santos “actively resisted” the officer’s approach “vigorously” and police officers had to use “freezing techniques and tools of lower offensive capacity” to contain it.

Police say the man “fallen ill” while being transported to the center and later died in hospital.

Sergipe’s coroner’s office said in a statement that Santos died of asphyxiation, but said “it was not possible to determine the direct cause.” IML said it would conduct more tests to determine “how the throttling process occurred”.

The police opened an internal investigation into the case.

CNN has reached out to the police for comment on the incident and why the man was arrested.