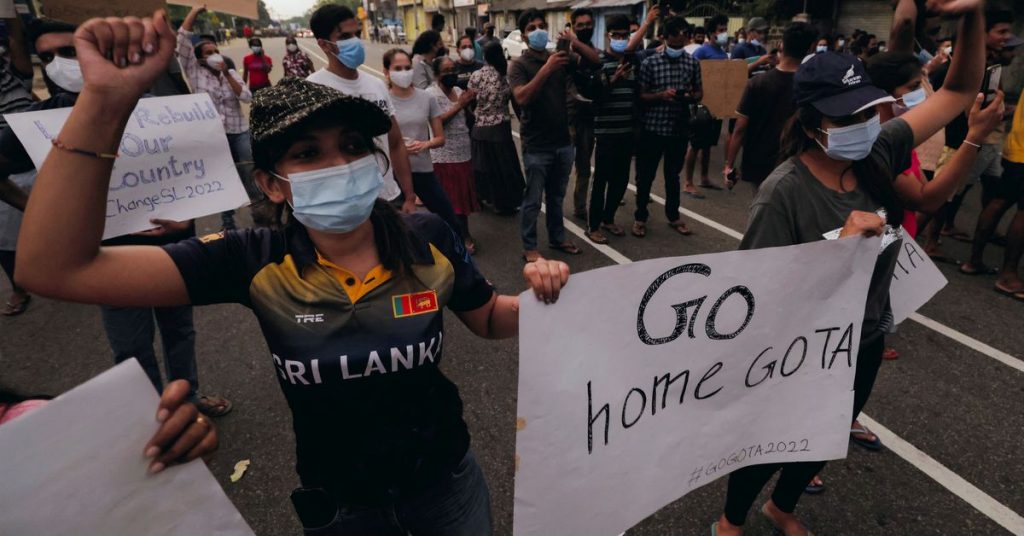 “There were about 750 participants but no arrests were made,” said police spokesman Nihal Tldwa.

Teldwa said that more than 600 people arrested in the western region on Saturday night for breaching curfew orders have been released on police bail and will be charged at a later time.

President Gotabaya Rajapaksa declared a state of emergency on Friday as the Indian Ocean island nation grapples with soaring prices, shortages of necessities and blackouts. On Saturday, the government implemented a nationwide curfew after protests turned violent.

On Sunday afternoon, the government lifted the ban it had imposed on social media platforms including Facebook, Twitter and Whatsapp hours earlier. Chairman of the Communications Regulatory Commission Jayanta de Silva said the measure was carried out on the instructions of the Defense Ministry and was aimed at “maintaining calm”. De Silva later told Reuters the restrictions had been lifted.

While the block was in place, Youth and Sports Minister Namal Rajapaksa, the president’s nephew, sent out a tweet saying he would “never condone the blocking of social media”.

See also  Vladimir Putin must be stopped once and for all

Critics say the roots of the crisis, the worst in several decades, lie in economic mismanagement by successive governments that have accumulated massive budget and current account deficits.

The crisis was accelerated by the deep tax cuts promised by Rajapaksa during the 2019 election campaign that were enacted months before the COVID-19 pandemic, which wiped out parts of Sri Lanka’s economy.

In Colombo, soldiers armed with assault rifles and police set up checkpoints to enforce the curfew, which is set to last until 6 am (0030 GMT) on Monday.

“This is unacceptable,” opposition leader Eran Wickramartne said, referring to the curfew and other restrictions.

Others stood in small groups outside their homes or gathered in the street, some carrying handwritten anti-government banners or waving the national flag.

“We really need to change, we’ve been stripped of our basic rights…People are tired,” she said.

Emergency powers in the past allowed the military to arrest and detain suspects without arrest warrants, but the current authorities’ conditions are not yet clear.

Western and Asian diplomats based in Sri Lanka said they are monitoring the situation and expect the government to allow citizens to hold peaceful demonstrations.