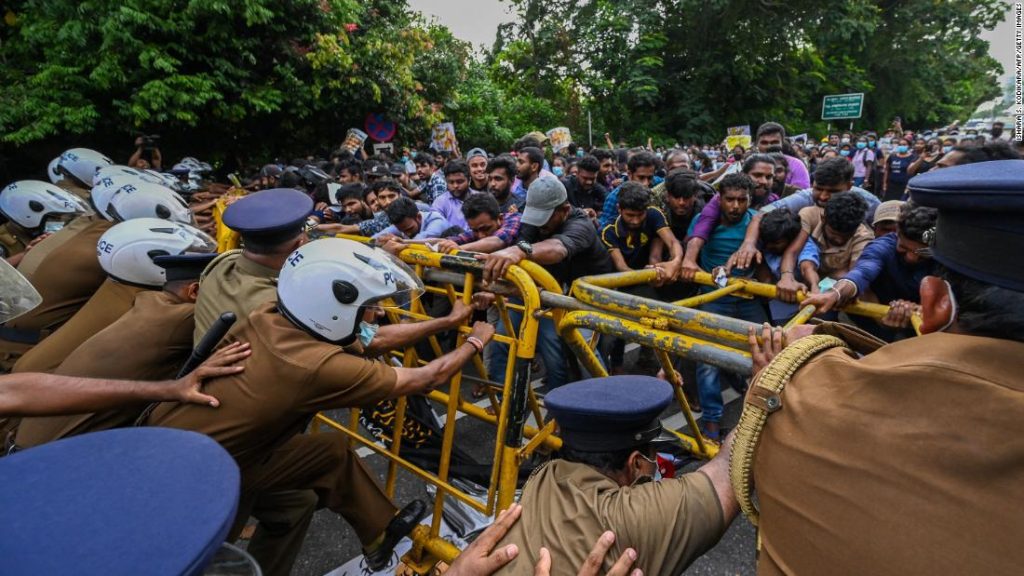 The state of emergency will allow the arrest of protesters blocking roads. This measure must be approved by the Sri Lankan Parliament within 14 days.

The country has seen civil unrest since March, with protests at times turning violent as anger mounts over the government’s apparent mishandling of the country’s economic crisis.

On Friday, police fired tear gas at protesters near the country’s parliament in the national capital, Colombo.

The state of emergency drew criticism from some, with opposition leader Sajith Premadasa saying the measure was “incompatible with seeking any solution to the crisis”.

Rajapaksa previously declared a state of emergency on April 1, but brought it back five days later.

Demonstrators have demanded Rajapaksa’s resignation, frustrated by the skyrocketing price of food, fuel and other necessities with the government running out of money. Many have been forced to spend hours in the sweltering heat to fill their tanks at gas stations, or to receive supplies of food and medicine.

Sri Lankan Finance Minister Ali Sabri admitted this week that the country’s financial reserves are about to run out. The country has appealed to the International Monetary Fund for emergency financing.