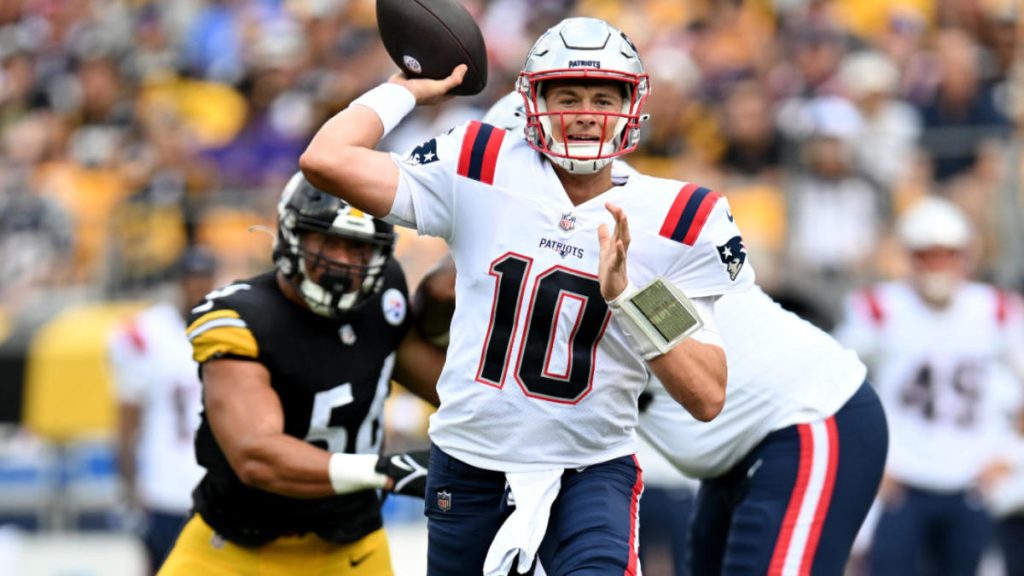 PITTSBURGH – We’re on our way at Acresor Stadium, as the only teams in the NFL with six Lombardy Cups tie in the second week of the NFL regular season. After 30 minutes of play, the Patriots had a 10-3 first-half lead over Nelson Agulor’s 44-yard touchdown with 22 seconds left until the break.

After the Steelers opened the game with a punt throw, the Patriots (who trailed after winning the coin lottery) took an early lead on Nick Falk’s 28-yard field goal. The two teams then traded interceptions, with Mac Jones’ pick Minkah Fitzpatrick setting up Chris Boswell’s goal in the game, 36 yards. The two teams exchanged kicks before Jones scored Agholor to get the green light before the end of the first half.

All but one of Jones’ 10 first-half games went to Jones or Jacoby Myers, who had five high passes for the team during the first half of the game. Jones edged out Pittsburgh quarterback Mitch Trubesky, who committed his first spin of the year when he was picked up by Jalen Mills near the end of the first quarter.

Which team will come out on top? To find out, be sure to follow our live blog below throughout the game for updates, highlights, and analysis.

How to watch the Patriots Steelers