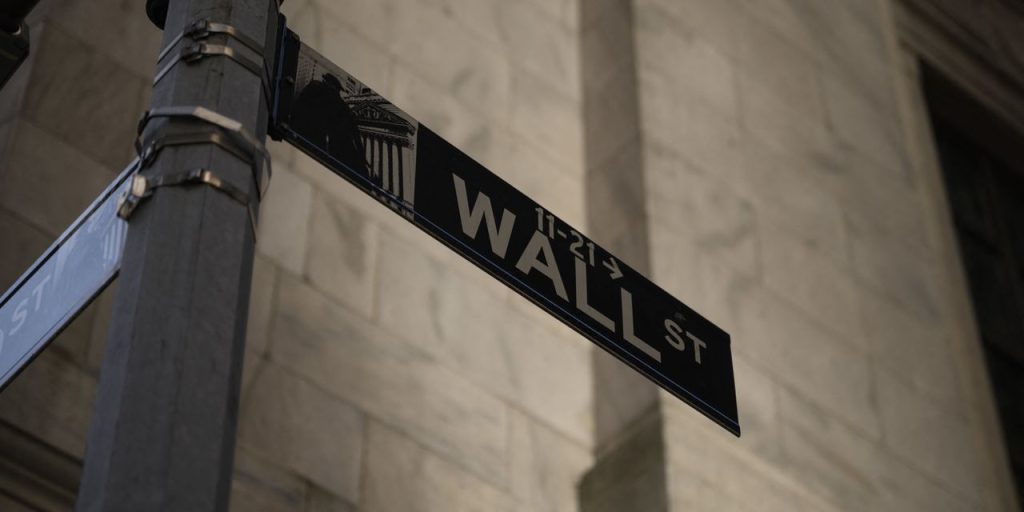 The stock market fell on Wednesday after strong economic data and the start of “quantitative tightening” of the Federal Reserve.

It decreased by 0.7%. Stocks tried to rally in the afternoon but eventually faltered at the close.

Edward Moya, chief market analyst at Oanda, wrote, “US stocks turned negative as expectations grow that the Fed will not ease its rate hike campaign after … strong US economic data.”

The declines come even after all three major indexes ended Tuesday in the red, amid fears that New EU plans to impose restrictions on Russian oil It would cause oil prices to rise significantly. On Wednesday, the price of West Texas Intermediate crude rose to $114 a barrel, and it has risen more than 12% in the past month.

Now, markets are studying several pieces of economic data, which may have implications for inflation and the Federal Reserve’s plans to raise interest rates.

The most recent was the Institute for Supply Management’s Manufacturing Index. It came in at 56.1 for May, up from 55.4 in April, with any reading above 50 representing growth in activity. New orders grew, indicating that manufacturers expect strong demand even with higher interest rates, Citigroup economist Andrew Hollenhurst wrote.

A hot manufacturing number could easily portend inflation remaining fairly high, which in turn could mean that the Fed is sticking with its plan to raise interest rates much faster than it has usually done in recent years.

On the employment front, job opportunities remained near record levels in April, with 11.4 million jobs opened, the Labor Department reported Wednesday. Recently, there were about 1.9 jobs for every unemployed person, according to 22V Research. This is the kind of dynamic markets you want to disappear. Firms, eager to hire, have to pay higher wages, which then forces them to raise prices, which contributes to overall inflation.

The bond market hasn’t been very kind to both pieces of data. The two-year Treasury yield, which is trying to predict the level of the federal funds rate two years from now, rose to 2.66%, a level it hasn’t reached in two weeks.

There is more data to come. Jobless claims are due on Thursday, and then the jobs report for May will be released on Friday. Economists are looking to add 328,000 jobs, which will be down from 428,000 jobs added in April. Markets want to see a strong number of jobs, which indicates a strong – but not very strong – economy, which could be a sign that the Fed still needs to do more to slow the economy to combat inflation. A much higher number of forecasts may also indicate that inflation will continue to rise, as more people will earn income and spend.

This has been a pivotal point for the market lately. The latest inflation data Show that the rate of price appreciation has slowed, which has led to the joy of the stock market, as this indicates that The Fed may soon slow the pace of rate hikes. Now, markets – and the Federal Reserve – need to see continued evidence that inflation won’t stay too high.

No evidence has emerged this week, and the market may be bracing for some negative news on this front, with stocks rallying in recent weeks. The S&P 500 is up about 8% from its intraday low for the year, hit on May 20.

“May is finally over, but inflation, war and energy price concerns welcome a new month with us,” wrote Ipek Ozkardskaya, chief analyst at Swissquote Bank.

In line with rising inflation, the Federal Reserve has begun shrinking its balance sheet today. In a process called quantitative tightening, the Fed will not reinvest specified amounts of interest income in the bond market. The less money that goes into bonds lowers their prices and raises their yields, making them more attractive to investors. Already, the 10-year Treasury yield has risen to 2.93%, from 1.51% at the end of 2021, which has contributed to some of the decline in stocks this year.

The good news: The bond market may have already reversed the Fed’s balance sheet cut. “This could be the worst of the bond market sell-off and volatility.” [of] “The interest rate outlook is already behind us,” Jonas Goltermann, chief economist at Capital Economics, wrote.

However, anyone can still guess whether the lower demand for bonds from implementing the balance sheet reduction will bring the 10-year yield back. That would be a problem for the stock market.

“The idea in the room is that the Federal Reserve today begins reducing its $9 trillion balance sheet, something the market has little experience with,” wrote Louis Navilier, founder of Navellier & Associates.

Here are five stocks on the move on Wednesday:

The company reported earnings of 98 cents per share, beating estimates of 94 cents per share, on sales of $7.41 billion, beating expectations of $7.38 billion. The company has guided year-over-year earnings per share of $4.75 into the middle of its range, noting that its operating margin will grow as it controls costs even as sales increase. This was good news for a stock that had already taken a beating during the year. ”

Dan Ives, an analyst at Wedbush Securities, delivered a much better than feared report in the April quarter, guidance that will be a huge relief to tech investors.

(CPRI) (CPRI) stock rose 1% after the company informed he won $1.02 a share, beating estimates of 82 cents a share, on sales of $1.49 billion, above expectations of $1.41 billion. The company announced a new $1 billion share buyback program.

(VSCO) stock rose 9.5% after the company’s announcement he won $1.11 a share, beating estimates of 84 cents a share, on sales of $1.48 billion, in line with expectations.

(PK) (PK) stock gained 3% after being upgraded to Buy from Hold at Trust.