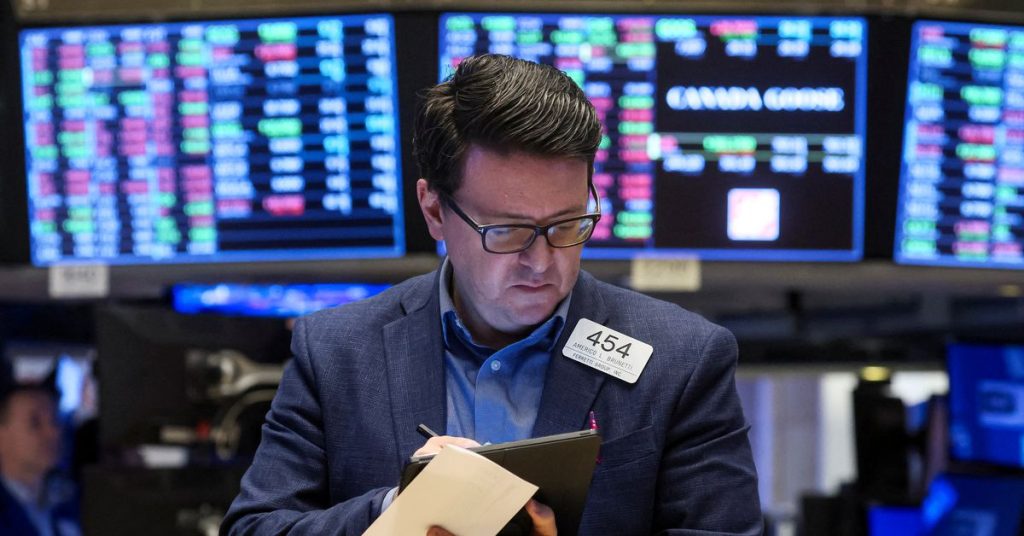 NEW YORK (Reuters) – Stocks rose in global indices on Monday, with the Nasdaq advancing gains on Wall Street, while the US dollar strengthened as European leaders urged more sanctions on Moscow in the wake of allegations of war crimes in Ukraine.

Investors have been closely watching the yield curve between two-year and 10-year US bonds, which was reversed last week in a sign to some market watchers that a recession could follow within one to two years.

Imposing more sanctions on Russia will add to the already enormous economic pressure on Russia due to its invasion of Ukraine.

Russia has maintained the flow of gas through major pipelines to Europe, despite uncertainty over payment terms. Read more

The dollar rose, rising for three consecutive sessions, as the prospect of increased sanctions prompted investors to seek safety in the US currency. Read more

“The dollar is bouncing higher as geopolitical developments have cast bleak clouds over the global economy,” said Joe Manimbo, senior market analyst at Western Union Business Solutions in Washington. The Kremlin has denied accusations of killing civilians in Ukraine.

The greenback also continued to benefit from the strong March Nonfarm Payrolls report which supported expectations for a half percentage point rate hike by the Federal Reserve at next month’s meeting.

See also  Is a recession coming? Signs that the economy is starting to collapse

The euro, which has been pressured by concerns about economic damage from the war in Ukraine, fell 0.6% against the dollar to $1.0988. Against sterling, the euro fell to a six-day low and was last down 0.6% at 83.73 pence.

On Wall Street, there is news that Tesla Inc (TSLA.O) CEO Elon Musk has built a 9.2% stake in Twitter Inc (TWTR.N) It turned the spotlight and sent Twitter shares higher. Read more

The recent jump in US bond yields has supported the US dollar, especially against the yen, as the Bank of Japan repeatedly acted last week to keep bond yields near zero.

On the US economic front, the Commerce Department said factory orders fell 0.5% in February. The January data was revised slightly higher to show orders rising 1.5% instead of 1.4% as previously reported. Economists polled by Reuters had expected factory orders to fall 0.5%. Read more

Oil jumped more than 3% as the release of strategic reserves by consuming nations failed to eliminate supply concerns arising from the Russian invasion of Ukraine and the lack of an Iran nuclear deal. Read more

Additional reporting by Gertrude Chavez-Dreyfus in New York and Julian Ponthos in London. Editing by Richard Chang and Andrea Ricci