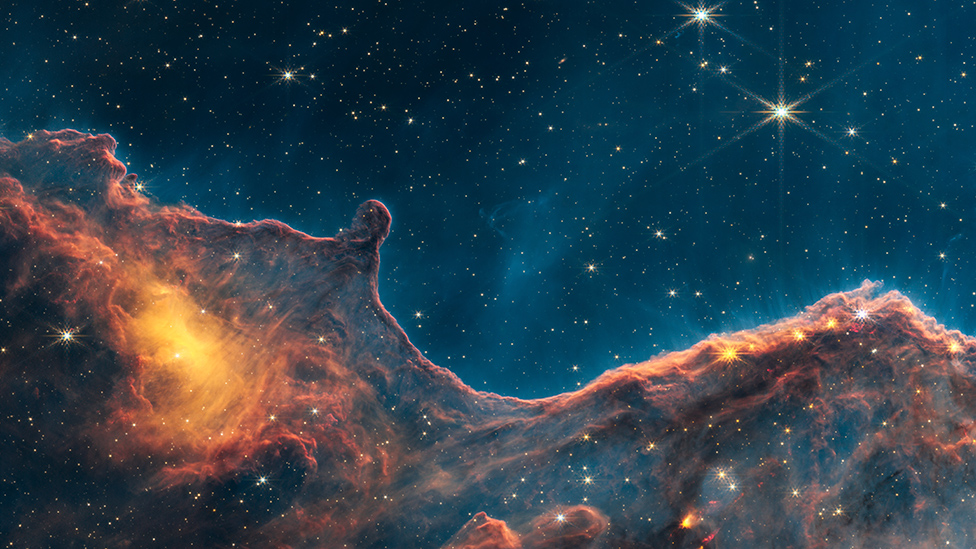 It was a $10 billion gift to the world. A machine that shows us our place in the universe.

The James Webb Space Telescope has been launched Exactly a year agoOn the birthday of Christ. It took three decades to plan, design and build.

Many have wondered if this successor to the famous Hubble Space Telescope can really live up to expectations.

We had to wait a few months while her epic 6.5m primary mirror was unloaded and focused, and her other systems tested and calibrated.

But, yeah, it was all they said it would be. The US, European and Canadian space agencies throw a party in July To issue the first color photos. What you see on this page are some of the photos posted later that you may have missed.

The first thing to remember about James Webb is that it is an infrared telescope. It sees the sky in wavelengths of light beyond what our eyes can discern.

Astronomers use its various cameras to explore regions of the universe, such as these great constellations of gas and dust. The Pillars has been a favorite target for the Hubble Telescope. It would take several years traveling at the speed of light to traverse this entire landscape.

They call this landscape Cosmic Cliffs. It is the edge of a giant cavity of gas within another star-filled nebula, known as the Carina.

The cavity has been sculpted by intense ultraviolet light and winds from hot young stars just out of the shot.

From one side of this image to the other is a distance of about 15 light-years. One light year is equal to about 9.46 trillion kilometers (5.88 trillion miles).

This large galaxy to the right was discovered by the great Swiss astronomer Fritz Zwicky in the 1940s. Its complex structure consisting of a wheel resulted from a direct collision with another galaxy. Its diameter is about 145,000 light-years.

James Webb doesn’t just look at the deep universe. It probes objects in our solar system, too. This gem is the eighth planet from the Sun: Neptune, seen with its rings. The small white dots that surround it are moons, as well as the large “pointed star” above. This is Triton, the largest satellite of Neptune. The screws are an artifact of the way James Webb’s mirror system was built.

Orion is one of the most common areas of the sky. It is a star-forming region, or nebula, about 1,350 light-years from Earth. Here, Webb depicts a feature called the Orion Bar, which is a thick wall of gas and dust.

In one of the big space stories of the year, NASA orbited a spacecraft at an asteroid called Dimorphos, to see if the path of the 160-meter-wide rock could be deflected. It was a test of the strategy of defending the Earth from the threat of asteroids. James Webb picked up a volley of 1,000 tons of flying debris on impact.

This was one of the most intriguing web pictures of the year. “WR” stands for Wolf-Rayet. It’s a kind of star, a big star nearing the end of its life. Wolf Wrights blows huge winds of gas into space. A companion star, not visible in this image, is compressing those winds into dust. The dusty shells you see stretch out over 10 trillion kilometers. This is 70,000 times the distance between Earth and our Sun.

Nicknamed the Phantom Galaxy, the M74 is known for its fancy spiral arms. It lies about 32 million light-years from Earth in the constellation of Pisces, and lies almost facing us, giving Webb a perfect view of those arms and their structure. Telescope detectors are particularly good at picking up all the tiny filaments of gas and dust.