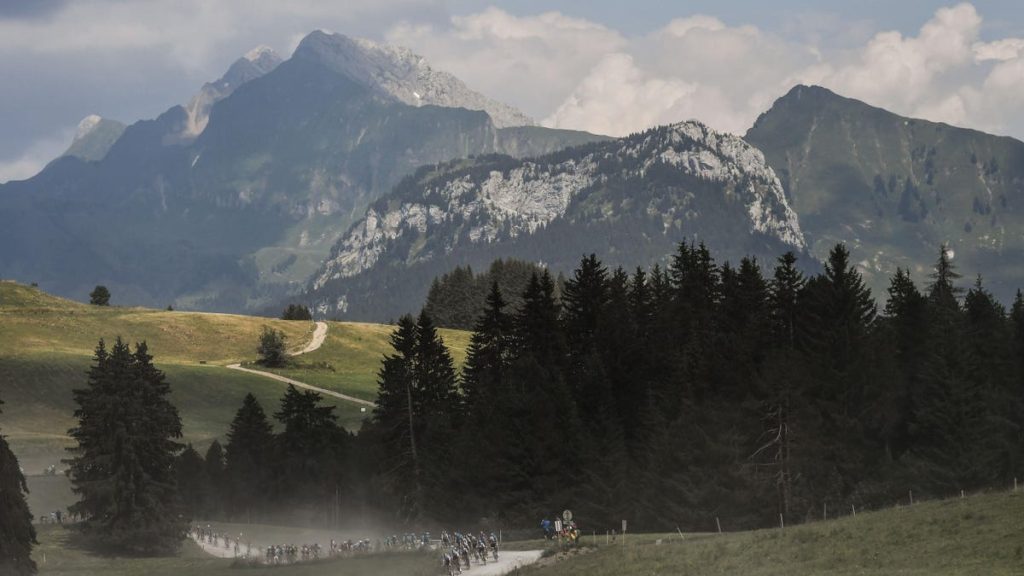 A team of researchers studying satellite images of the Alps made a disturbing discovery: since 1984, most of the higher parts of the European mountain range have experienced an increase in vegetation. While this may not sound particularly alarming, this “greening” is likely due to global warming and may facilitate a feedback loop that also reduces snow cover.

“When the ice and snow recede, the vegetation develops, and that’s what we call greening,” Antoine Guisan, professor of ecology and evolution at the University of Lausanne, told me over the phone. Jisan is co-author of A paper about The research was published in the journal Science this week. The study was led by Sabine Rampf, associate professor at the University of Basel.

The team collected satellite imagery of the Alps from 1984 to 2021, giving them a comprehensive view of how vegetation and snow have changed over four decades. They specifically studied elevations above 1,700 meters (5,580 ft) – this height being the tree line. “Human influence is getting increasingly stronger below this altitude,” Guisan said, so excluding areas below the tree line helped them focus on changes that might be due to climate factors.

Rumpf, Guisan and their colleagues found that significant greening occurred across 77% of the high alpine. They analyzed satellite images pixel by pixel in order to get an idea of ​​how vegetation and snow cover are changing. “For the millions of pixels we had for the Alps, we’ve done a per-pixel analysis, and that analysis can show either an increase, no trend, or a decrease,” Guisan explained.

Instead of looking at all 12 months of the year, the team pulled data from June through September, since that’s when snow cover is most likely to change. “If you have snow from the beginning of June until the end of September, in one place, it means you have it all year,” Guisan elaborated. Permanent snow cover decreased over 9% of the studied area, they found.

While extra plants don’t sound so bad, the greening of the Alps could have some serious human consequences. Vegetation reflects less light than snow, which means that it absorbs more heat, contributing to additional warming. That could cause a snowpack-loss feedback loop: More greening could lead to more snowpack loss, which could lead to more greening. Annual melting of mountain snowpack is an important source of water for communities around the Alps.

“Typically, the snow is providing water not only for mountain communities but also for lowlands,” Guisan said. A loss of snow cover could also affect ski tourism to the Alps, as well as increase the potential for landslides, he said.

Greening has been documented in other parts of the world, but Guisan said this research aims to address a research gap. “So far, [greening] Most have been reported in the Arctic, but much less so for the mountains, Guisan explained.

While the most dramatic The effects of climate change are currently being observed in the ArcticStudies like this one remind us that the effects of global warming will be felt everywhere, with domino effects that will be hard to predict.