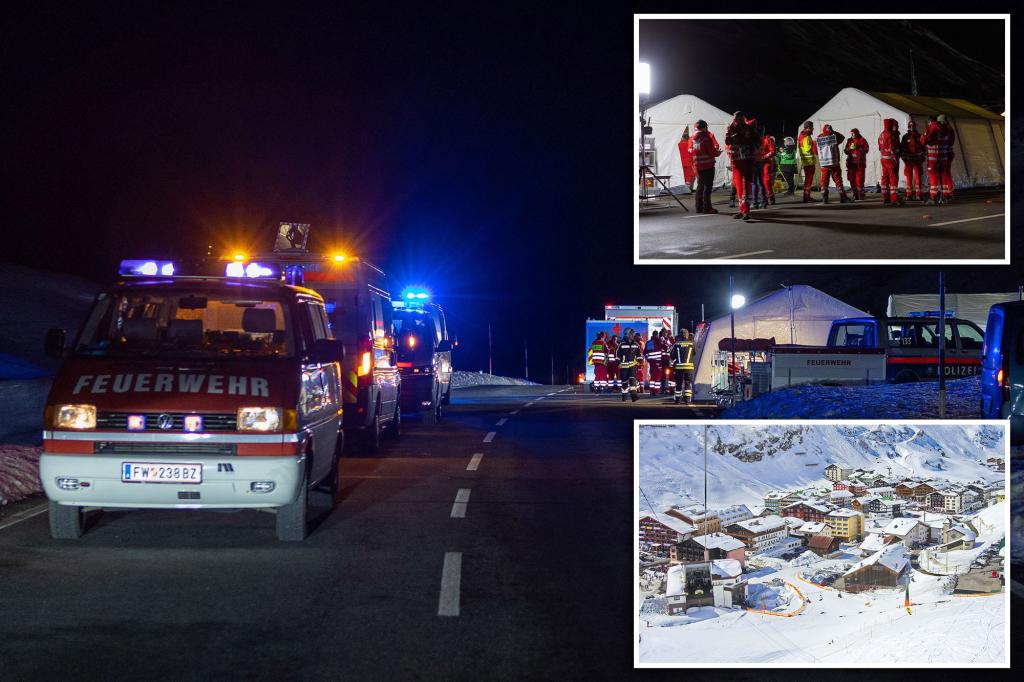 Feared ten skiers buried in a Avalanche on Christmas Day In the Alps was recorded on Monday – miraculously escaping from a deadly trap under a sudden snowdrift.

Officials said one man, who was partially buried, sustained serious injuries while three others were treated for minor illnesses.

A 500-yard avalanche covered a pass near the Tretkopf mountain in the eastern Austrian town of Zuer, police said in a statement, and emergency workers who saw video footage believe up to 10 skiers are trapped in the snow.

Police said about 200 rescuers were sent to the slopes to help find the skiers – but several of those seen in the video managed to escape the torrents and climbed down the mountain without alerting officials that they were safe.

However, the search effort continued on Monday out of an abundance of caution, although the police in the Vorarlberg district issued a statement saying “according to the current state of information, it can be assumed that there are no more missing persons.”

The deluge came after days of heavy snowfall, followed by warm weather on Sunday.

An avalanche warning was in effect, and explosives were detonated in the area to break up small clumps of powder in an effort to prevent large accumulations of ice from accumulating.