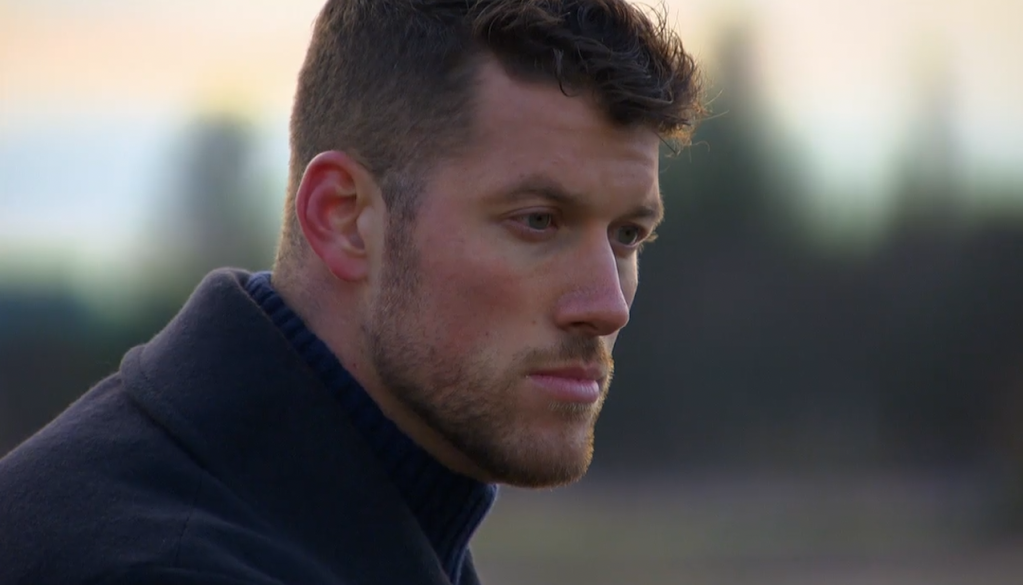 Clayton ChardThe Bachelor’s run was less than smooth. The finale of his season was no different.

During Monday’s penultimate episode, Clayton attempted to salvage his relationships with finalists Gabi Widney and Rachel Riccia. He admitted that he loved and slept with both of them, which made everyone hysterical and almost caused Gabe to eliminate on her own.

Despite the dramatic rose party, both women stayed behind and met the Clayton family in Iceland. But meeting the parents turned out to be moot, with Clayton deciding on a cliffhanger to pursue third runner-up Susie Evans.

The second half of the two-night finale began with host Jesse Palmer and live studio audience, then moved on to Suzy in Iceland. Jesse approaches her in her room and offers her a chance to talk to Clayton again.

She agrees and arrives to see Clayton and his parents, whom she greets awkwardly and then talks to Clayton one-on-one. She confronts him in their last fight and talks about how he turned her around, and how the exchange made her feel and embarrassed. She equates the experience with feeling like a ‘stray dog’ who has been ‘kicked out’.

“If you love me as a person, how can you treat me like that?” She asks. “I am so humiliated. You made me feel wrong and bad. For me that was heartbreak.”

The exchange left Clayton in tears with little hope for their future. Despite this, he emphatically decides his heart is with Suzy, and has no choice but to end things with his remaining rivals.

Clayton meets Gabe and Rachel at their hotel. He says that he saw a future with them, but it is not worthwhile for him to love three women equally and get rid of them together at once. He asks for forgiveness, but is met by Gabe with a letter that elicited tantalizing reactions from the live studio camera.

“You asked me to stay because you were angry [that Susie left] And your pride hurt.” “Once it was my decision [to leave]that you didn’t want it to be. Now it’s your decision so it’s easier.”

She continues to challenge her and the way he handled the situation, including breaking up with her and Rachel simultaneously. The time she spent in Iceland ends up leaving him in the hotel after she turns down his invitation to leave.

Back during the “After the Final Rose” live segment, Gabby continues to address her exit with Jesse before Clayton joins her on stage. Clayton talks about his honesty from their last days in Iceland, but Gabe replies: “Your transparency has conditions.”

She said after watching her, it was clear that he had stronger feelings for Suzy. He told Rachel and Gabe that he loved them, even though he already knew that his feelings were stronger for someone else. Gabe felt like moving on, and that although he wasn’t malicious, he was irresponsible with his words and the women dealt with those repercussions.

Gabe Clayton states that love protects a person and that his inability to treat both finalists as separate people with separate needs is clear evidence that he did not love them equally.

After Clayton talks with Gabe in Iceland, he addresses Rachel separately.

She cries for him, and shares the one-sided nature of their relationship. “It was I who fought alone – for you,” she says. She was flexible in her commitment, as evidenced by staying past his confession during the last rose ceremony.

She told him, “You didn’t fight for me.” “You didn’t give me anything and what little you gave me I held on.” Clayton had a curved bust, and an unsentimental wall in contrast to her tears.

During the live reunion, she said that she no longer had feelings for him, and that it was not worth talking to her. “You don’t have any of those feelings… you’ve become collateral damage.”

After he apologized on stage, Rachel refused. “I just don’t believe you.” Her anger was palpable and contagious, and spread to her parents, who remained calm when Jesse threw them into the audience.

Clayton and Rachel’s last time together on stage was tense, as she asked if he had said “I love you” in an attempt to sleep with her. He vehemently rejects the accusations and Jesse rejects the interviewer. “Clayton is about to throw the biggest Hail Mary Bachelor Nation I’ve ever seen.”

Returning to Iceland, in a last-ditch effort to salvage his relationship with Suzy, Clayton wrote her a letter. You meet him face to face, and he tries again to repeat his feelings. “I’m serious about us” and the ring box flashes.

respond. She said to him, “I don’t feel the kind of love I have for you now is the kind of love you have for me now.” “You have unconditional love for someone with whom you want to spend your life. And that is not where I am. I have made the decision to leave Iceland alone.”

For the first time in The Bachelor’s history, The Bachelorette is rejected during his last day.

“It doesn’t make it an easy decision,” she told him. “It’s devastating to be honest. But I’ve thought about this and I don’t think I’m your character. And I don’t think you’re mine.”

On another try, he asked her if she would think about the future with him later. And she says emphatically, “I feel like it’s over.”

But it turns out that this solid answer is not concrete. Live in Los Angeles, Suzy re-enters the photo during “After the Final Rose.”

She joins Jesse and Clayton on stage. “This is my friend,” she says, pointing to a laughing Clayton. Looking back, the two needed time apart from each other to finally get back together. They both realize that people may not root for themselves, but they are happy together and look to the future.

Jesse prepares the opportunity to make a presentation. Instead, Clayton says he’s moving to Virginia to live with Susie. And while he doesn’t offer Suzy a ring, she eventually accepts his final flower.

And Susie and Clayton aren’t the only ones with happy endings, as Gabe and Rachel get their own ends. The two were first shown as the next two leaders, who will star next season as members of The Bachelorette.