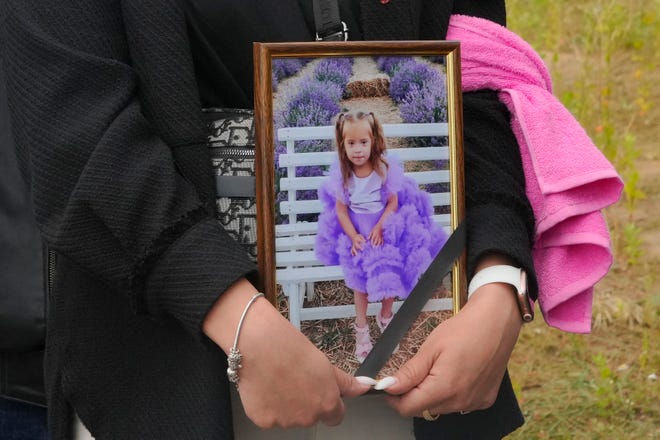 Russia has lost more than 30% of its ground combat effectiveness in Ukraine, but military issues will not lead to regime change in the invading country, a senior British military official said on Sunday.

“What that actually means is that 50,000 Russian soldiers died or were injured in this conflict,” Radakin said. BBC. It destroyed approximately 1,700 Russian tanks, and destroyed nearly 4,000 Russian armored fighting vehicles.

However, Putin’s regime is seen as stable and the Russian president continues to easily suppress dissent, Radakin said. He said Russia’s hierarchy is “invested” in Putin, removing the incentive to challenge his authority.

The White House has warned that Russia is trying to obtain “attack-capable” drones from Iran and said it has intelligence that Russian officials have visited an airport in central Iran at least twice to see the weapons-capable drones.

Ukraine reported at least 17 civilians killed on Saturday in Russian missile and shelling attacks across the country.

‘Evil does not win’: Funeral for a 4-year-old girl, killed in a missile attack

Dozens of relatives, friends and residents gathered in the central city of Vinnytsia on Sunday to bid farewell to 4-year-old Lisa Dmitrieva, who was one of 24 people killed in a July 14 rocket attack. Pictures from the scene show the girl’s body lying in a small coffin covered with bears and flowers. Lisa, who had Down syndrome, and whose mother had just left a speech therapist when the attack occurred. She died instantly. Her mother is still in hospital in a serious condition with an abdominal injury.

“I did not know Lisa, but not everyone can go through this calmly,” said Reverend Vitaly Holoskevich in the Transfiguration Cathedral in Vinnytsia. “We know that evil cannot win.”

The Ukrainian military said cruise missiles were launched from a submarine hundreds of miles away in the Black Sea. Officials said two boys, 7 and 8, died in the attack. About 200 people were injured, and 80 were hospitalized.

Russian air strikes are focused on Mykolaiv, a city in southern Ukraine located near the Black Sea coast between Russian-occupied Crimea and the Ukrainian port of Odessa. Mayor of Mykolaiv, Oleksandr Senkevich, said that Russian missiles hit an industrial and infrastructure facility in the city, a major shipbuilding center in the Southern Bug estuary. There was no immediate information about injuries.

The attacks are part of a larger effort by the Kremlin to bolster its positions near Crimea, as well as the Zaporizhzhya region in the north, according to the latest update from Britain’s Ministry of Defense on Sunday. At the same time, the Ukrainian forces are resisting.

“Ukrainian forces have been putting pressure on the Russian defensive line in Kherson Oblast for more than a month now, and recent political statements by both Zelensky and the Deputy Prime Minister have warned of imminent offensive operations to force Russia out of the areas it currently controls,” the ministry tweeted.

Russian Defense Minister Sergei Shoigu “instructed to intensify the work of units in all areas of operation, in order to exclude the possibility of the Kyiv regime launching massive missile and artillery strikes on civilian infrastructure and residents of settlements in Donbass and other regions,” his ministry said on Saturday.

Although the Russian campaign is focused on the eastern Donbass region, Saturday’s attacks have hit areas in northern and southern Ukraine as well. Kharkiv, the country’s second largest city, has seen heavy bombardment in recent days.

International doping authorities have approved special exemptions for seven Ukrainian athletes, allowing them to compete in the world championships despite not having been adequately tested in the lead-up to competition due to the war in their country. The Athletics Integrity Unit ruled that another 15 Ukrainians, along with 134 athletes from five other countries classified as “high risk” due to poor testing protocols, entered the tournament. No athletes from any country were disqualified.

At last year’s Olympics, 20 athletes were not allowed to participate under what is known as “Rule 15”, which is designed to make Ukraine, Bahrain, Ethiopia, Kenya, Morocco, Nigeria and Belarus adhere to global testing rules.