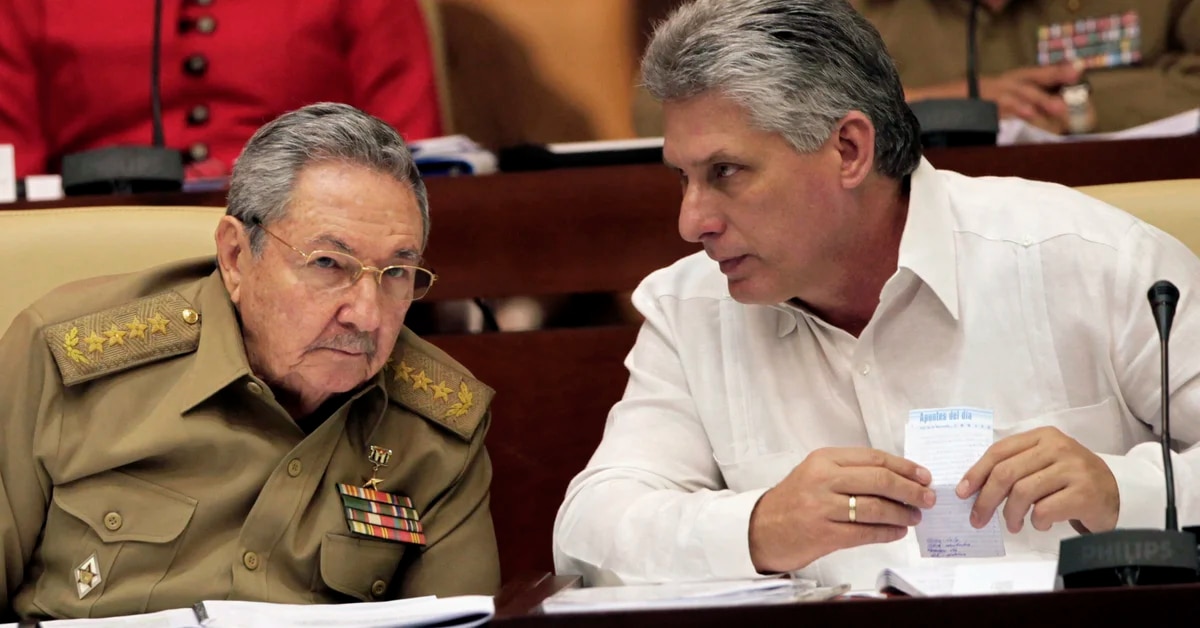 The United Parliament of the Cuban dictatorship, the National Assembly of the People’s Power of Cuba (ANPP), This Sunday, in an extraordinary session, the new penal code was passed, which, among other issues, provides for up to three years in prison for insulting high-ranking public officials and a ban on external funding for the media.

At the session where the dictators were present, the delegates approved the plan Miguel-Dias Colonel and Raul Castro.

Activists and protesters hope that the reform will silence the anti-social and independent press.

The new code will take effect within 90 days of its publication in the Official Gazette of the Republic. Includes 37 new offenses such as “public disorder” to punish “groups or individually created changes”.

Except, Classifies as “treasonous” crimes or those who commit acts of “courtesy non-cooperation”; The campaign against constitutional order and the socialist state; Or spread false news that endangers the dignity of the Cuban government. ”

Fines for participation in “sabotage and attacks on information and communication technologies”.

It also provides for imprisonment for up to 10 years for anyone who “supports, encourages, finances, provides, receives or receives funds, material or financial resources at their disposal” from NGOs or international organizations. “Pay for actions against the state and its constitutional mandate.

This rule increases the prison sentence to 30 years for offenses such as espionage and the exchange of classified or classified information with foreign embassy officials.

When the plan was published on the Attorney General’s Office’s website last March, This speech caused rejection among the dissidents of the Communist government.

See also  Boris Johnson apologizes to British for hosting a party in the midst of an epidemic: "I must accept responsibility"

Ren புதிய Gomez Manzano, leader of the Coriande Agramondista, the oldest organization of Cuban opposition lawyers, told AFP that “the new penal code is a new twist on the regime’s intensification of repression against civilians.”

This law This is the largest in 60 years since the historic July 11 and 12 protests in Cuba, in which one person was killed, dozens injured and more than 1,300 prisoners, many of whom have been sentenced to up to 30 years in prison.

“This is not the penal code that Cuba needs,” Harold Bertot, an academic at the University of Havana in Madrid, recently told AFP. “Chronologically, its discussion and eventual implementation coincide with the political and social tensions in Cuba,” he estimates. He denounced the Code as “designed to expand criminality, tighten penalties and () have a significant impact on Cuban political activity.”

In the text, a number is added to the offense of “public disorder” punishing individual or group demonstrations, while another figure is inserted to punish outside funding for illegal activities in acts “against the security of the state.”

Opposition digital media, activists and dissident groups have been accused of being “mercenaries”. For funding from US agencies and voluntary organizations, they can now face up to four to ten years in prison.

The Committee to Protect Journalists (CPJ) responded in February that “in a country where private media is illegal and journalists have no access to local funding, banning foreign funding is a death sentence for the independent press.”

A) Yes The current crime of “enemy propaganda” becomes “propaganda against constitutional order” while crimes against public order include “spreading false news or malicious predictions with the intention of alarming, dissatisfying or misinforming.”Point out the authors of the code.

Bertot adds, “The death penalty is not a small number of crimes that require a permit.

During the first decades of the revolution, “El Paradon”, the death penalty by firing squad, was often used as a deterrent. However, since 2000, a practical ban has been imposed, which was broken only in April 2003. Three people who hijacked a boat with 50 passengers on the Gulf of Havana were hanged and tried to settle.

Javier Lorondo, President of the NGO Prison Guardians: “What Happens in Cuba is Nazism and Fascism”