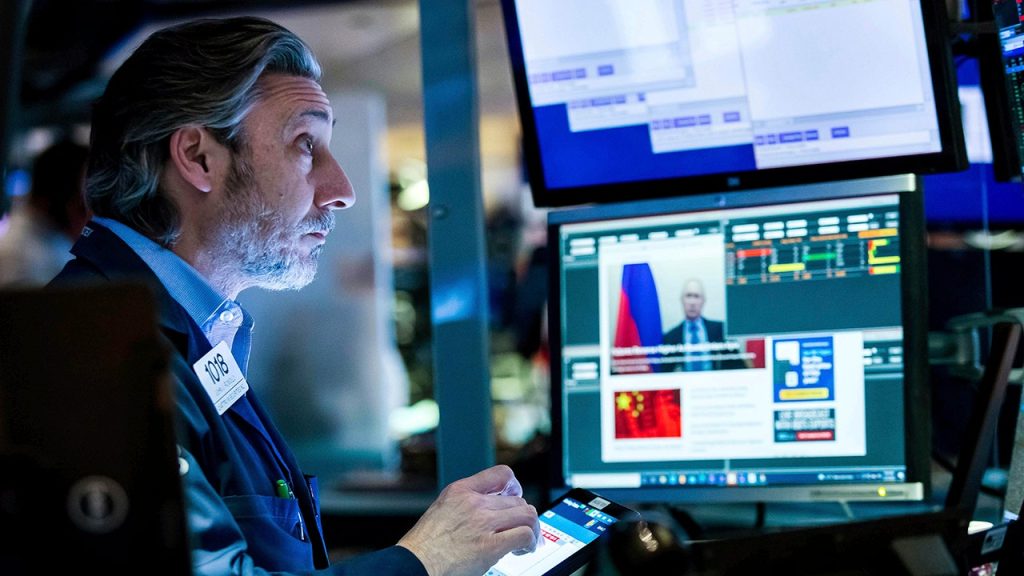 Strategas President Jason Desina Trenert examines how the Russian invasion of Ukraine will affect markets and how the Federal Reserve can tame inflation.

we Stores sank on Monday as investors weighed the latest developments regarding Russia’s invasion of Ukraine in exchange for the United States’ expansion of sanctions against Russia’s central bank by Freezing all owned assets by the Americans.

Inflation and monetary policy errors pose a threat to the US economy: NAB

Early Monday, the ruble fell more than 30% after the move to block Russian banks from the SWIFT payments system. The sanctions include restrictions designed to impede the Russian Central Bank’s access to more than $600 billion in reserves and impede its ability to prop up the ruble. In the fray, the Russian Central Bank raised its key interest rate to 20% from 9.5% in a desperate attempt to prop up the falling ruble and prevent a scramble for banks.

Oil prices rose on Monday, with the benchmark US crude price nearing $96 a barrel in electronic trading on the New York Mercantile Exchange. Brent crude is hovering at $98 a barrel.

Gold rose above $1900 as investors moved to safer assets amid volatility hitting US stocks.

In stocks to watch, BP confirmed Sunday that it will divest its stake in Russian energy company Rosneft — the latest private severing of ties with Russia as the global superpower invades neighboring Ukraine. BP, which has held a 19.75% stake in Rosneft since 2013, also said its chief executive, Bernard Looney, would resign from the Russian company’s board, effective immediately. Bob Dudley, the former chief executive of BP, will also resign from Rosneft’s board of directors.

In earnings news on Monday, Lordstown Motors, Nielsen, Party City and Tigna before the market open and SmileDirectClub, Workday and Zoom Video Communications after the bell.

In cryptocurrencies, Bitcoin is hovering around the $38,000 level.