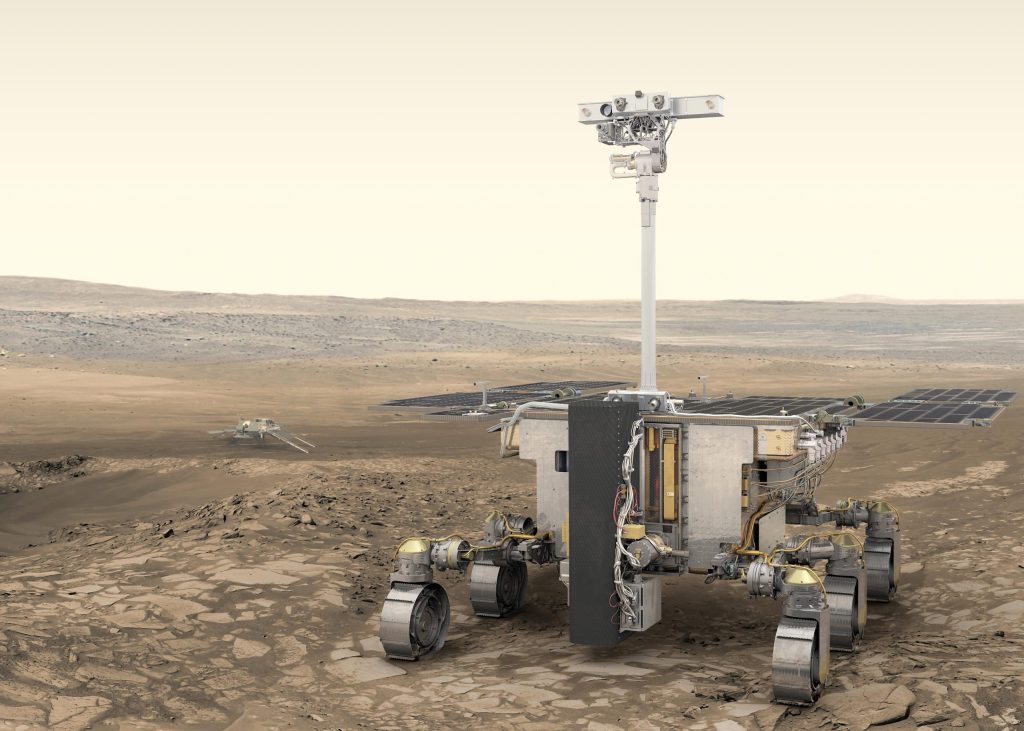 As an intergovernmental organization tasked with developing and implementing space programs with full respect for European values, we strongly deplore the human toll and tragic consequences of the aggression on Ukraine. Recognizing the impact on the scientific exploration of space, the European Space Agency is fully in line with the sanctions imposed by member states on Russia.

The European Space Agency’s Governing Council, meeting in Paris on March 16-17, assessed the situation arising from the war in Ukraine in relation to ExoMars, and unanimously:

After Roscosmos’ decision to withdraw its personnel from the European Spaceport in French Guiana, all missions scheduled to be launched by Soyuz were suspended. This relates primarily to four corporate missions of which ESA is the launch services procurement entity (Galileo M10, Galileo M11, Euclid and EarthCare) and one additional corporate launch.

Accordingly, the ESA Director-General has initiated an assessment of potential alternative launch services for these missions, which will include a review of the first Ariane 6 exploitation flights. A robust launch statement will be provided for the launch needs of the ESA missions, including spacecraft that were to be Originally launched by Soyuz from Kourou, to member states.

Based on the first analysis of the technical and programmatic implications of all other activities affected by the war in Ukraine, the Director General intends to convene an extraordinary session of the Council in the coming weeks to present specific proposals for decision by Member States.

About the European Space Agency

The European Space Agency (ESA) is an intergovernmental organization, created in 1975, whose mission is to shape the development of Europe’s space capacity and ensure that investment in space benefits the citizens of Europe and the world.

The European Space Agency has established formal cooperation with six member states of the European Union. Canada participates in some ESA programs under a cooperation agreement.

By coordinating the financial and intellectual resources of its members, the European Space Agency can carry out programs and activities beyond the scope of any single European country. It is working in particular with the European Union on the implementation of the Galileo and Copernicus programmes, as well as with Eumetsat to develop meteorological missions.