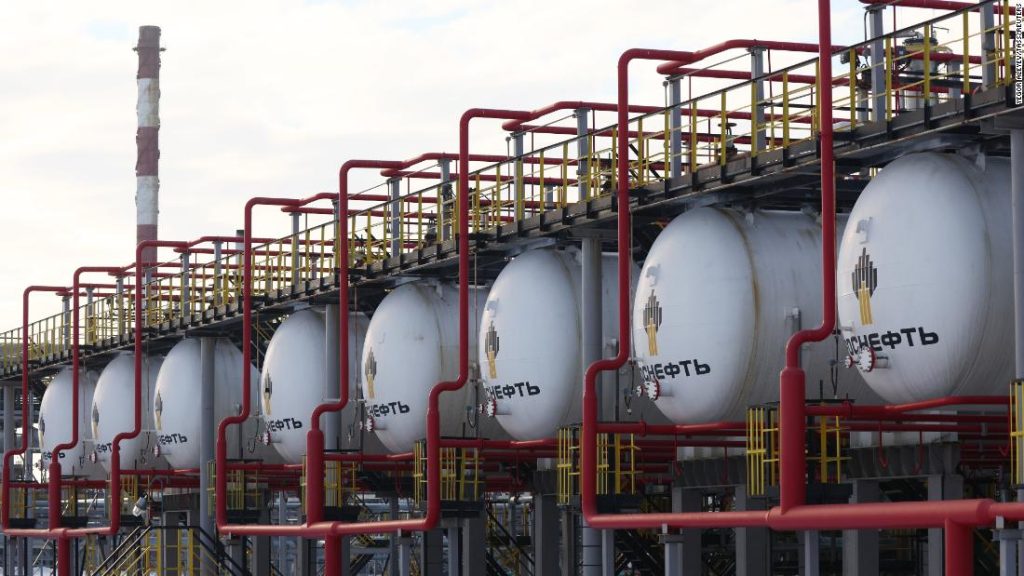 The International Energy Agency warned, today, Wednesday, that the world’s second-largest crude oil exporter may have to reduce production by 3 million barrels per day in April, as major oil companies, trading companies and shipping companies continue. avoid their exports And demand in Russia is declining. Russia was pumping about 10 million barrels of crude per day, About half of that was exported before they invaded Ukraine.

“The implications of a possible loss of Russian oil exports to world markets cannot be underestimated,” the International Energy Agency said in its monthly report. She added that the crisis may bring about permanent changes in energy markets.

Canada, the United States, the United Kingdom, and Australia have banned imports of Russian oil, affecting nearly 13% of Russia’s exports. But moves by major oil companies and global banks to stop doing business with Moscow in the wake of the invasion are forcing Russia to offer its crude at a steep discount.

The major Western oil companies abandoned joint ventures and partnerships in Russia, and halted new projects. The European Union on Tuesday announced a ban on investment in the Russian energy industry.

The International Energy Agency, which monitors energy market trends for the world’s richest countries, said refineries are now scrambling to find alternative supply sources. They may have to cut back just as global consumers are being hit by higher gasoline prices.

So far, there are few signs of relief. Saudi Arabia and the United Arab Emirates are the only two producers with significant spare capacity. Both countries are part of the 23-nation OPEC+ alliance, which also includes Russia. OPEC+ has increased its collective production by a modest 400,000 barrels per day in recent months, but often fails to achieve its own goals.

The UAE ambassador to the United States said last week that his country supported pumping more, but other officials have since said it is committed to the OPEC+ deal. According to the International Energy Agency, neither the UAE nor Saudi Arabia has yet shown “a willingness to tap into its reserves.”

“The bloc’s long-term inability to meet its agreed quotas, mostly due to technical problems and other capacity constraints, has already led to a sharp drawdown in global stocks,” the IEA said. The agency warned that if major producers do not change course and open the taps more widely, global markets will be in short supply in the second and third quarters of 2022.

The West is trying to persuade Saudi Arabia and the UAE to change course. British Prime Minister Boris Johnson will visit the Gulf on Wednesday to discuss ways to increase diplomatic and economic pressure on Russia with the leaders of the two countries.

The British government said in a statement that the leaders were expected to discuss “efforts to improve energy security and reduce volatility in energy and food prices.”

Global energy markets have been extremely volatile in the wake of the Russian invasion.

Just over a week ago, Brent crude jumped above $139 a barrel. Analysts warned that prices could reach $185, then $200, as traders shun Russian oil, driving up inflation and increasing pressure on the global economy.

But there has been a rapid reversal since then. Brent crude futures, the global benchmark, have fallen nearly 30% from their peak. They settled below $100 a barrel for the first time this month after losing another 6.5 percent on Tuesday.

A crisis can help bring about huge changes at global energy markets.

Additional supply could eventually come online from Iran and Venezuela if the United States and its allies ease sanctions on both countries. Talks on the nuclear deal with Iran seem to have stalled, but an agreement can still be reached.

Meanwhile, Saudi Arabia is in talks with Beijing to price some of its oil sales in yuan The Wall Street Journal reported, Tuesday. This would undermine the dominance of the US dollar in global energy markets and deepen Riyadh’s relations in the east.

Mark Thompson and Julia Horowitz contributed to the report.