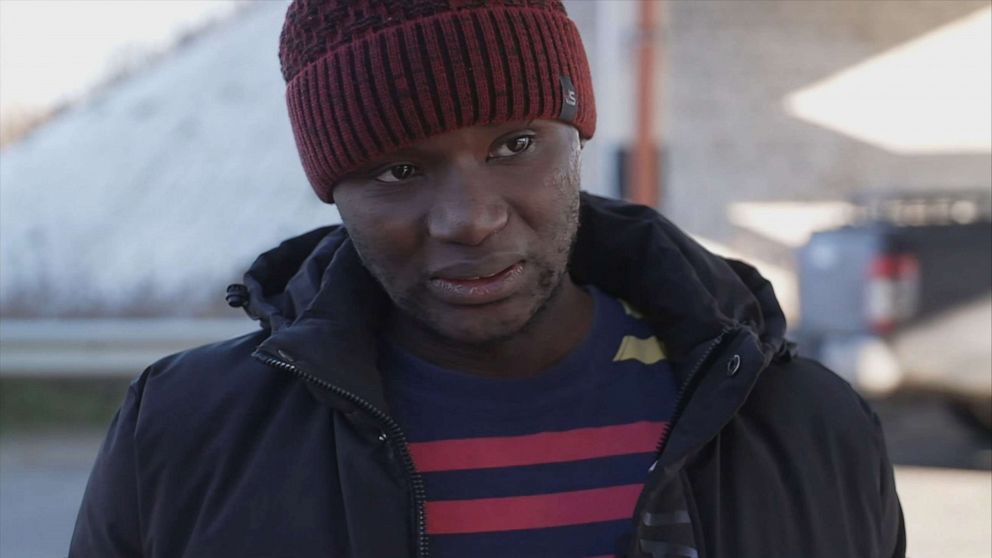 A Swedish-American Muriquizi has just been released from Russian-controlled territory by a Ukrainian military intelligence team and is now being transferred to Kyiv.

ABC News followed a military convoy into the war’s gray area outside Zavorysia in southern Ukraine. A two-hour cease-fire was agreed in the area, starting at noon local time, so that an exchange involving dozens of prisoners of war could proceed. Mrikizi was removed from Russian-controlled territory as part of this exchange.

Al-Suwaidi was arrested by Russian authorities and spent weeks in a basement, where he says he was tortured. He also spent three months in a prison in Donetsk. The Russians later released him, but he was without a US passport and was effectively trapped in Russian-controlled territory, living in the main city of Donetsk.

In an exclusive interview with ABC News in the gray zone, just after he was removed from Russian-controlled territory, Morekizi said he felt “trapped” in Donetsk and lived with great uncertainty about his future and what would happen to him.

He said he was relieved and happy to return to the lands controlled by Ukraine, a free man in the country where he has been living for years.

Clutching a Ukrainian flag given to him by military intelligence officers, Al-Suwaidi said he was given electric shocks and beaten by his captors earlier in the war, when he was held in a basement, which he described as a “torture room.”

He said the Russians accused him of being a member of the CIA. He said that he and the other Americans with whom he was held had only minimal food and water. When I asked Murekezi what he was most looking forward to when he comes home to Minnesota, he said, “a peanut butter sandwich.”

This is a developing story. . Please check back for updates