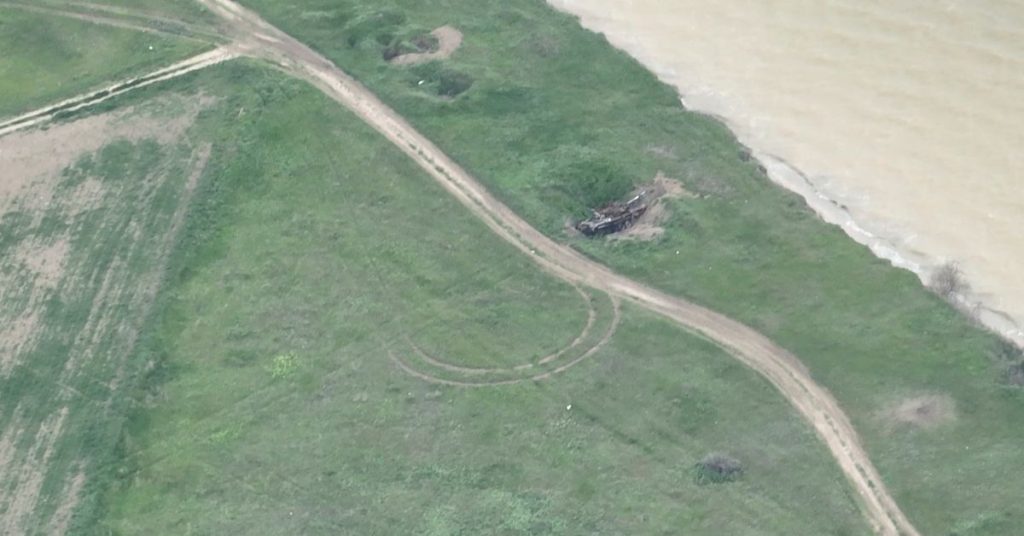 A military vehicle in a ditch, amid the Russian invasion of Ukraine, in the village of Oleksandryvka, Kherson region, Ukraine, in this still image from a social media video reportedly recorded May 4, 2022 and obtained by Reuters on May 16, 2022. Airplane video march. YouTube / Maverick / via Reuters

May 30 (Reuters) – The Russian-controlled Ukrainian region of Kherson has begun exporting grain harvested last year to Russia, the TASS news agency quoted a senior local official as saying on Monday.

“We have space to store (the new crop) although there is a lot of grain here. Now people are partially removing it, having agreed with those who buy it from the Russian side,” said Kirill Strimosov, deputy chief of the army. Civil administration.

Strimosov was also quoted as saying that the administration is working on the supply of sunflower seeds to domestic and Russian processing plants.

Ukraine has previously accused Russia of stealing its grain from lands occupied by Moscow since it launched what it calls a special military operation in February.