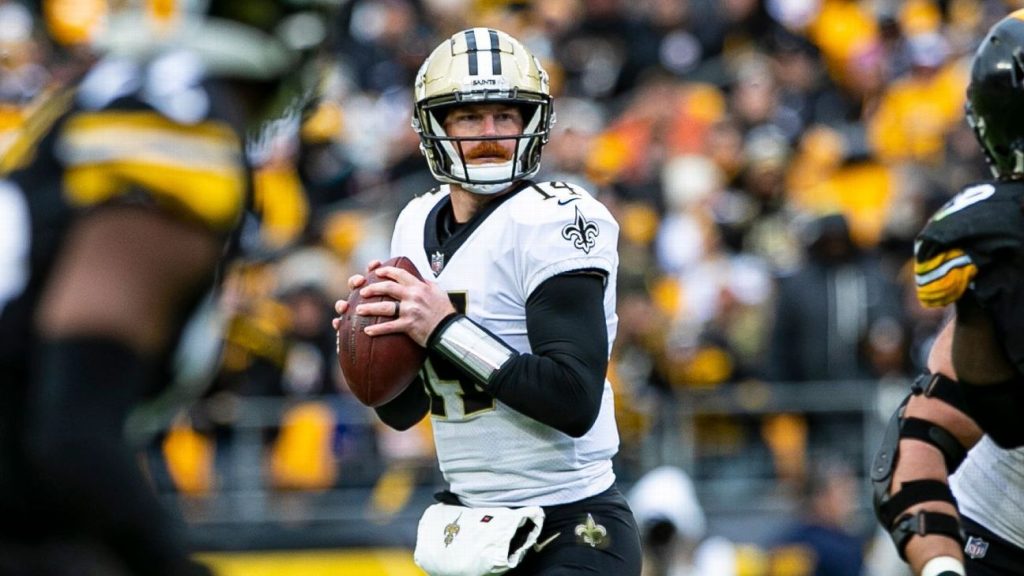 The New Orleans Saints are glued to the center back Andy DaltonAccording to trainer Dennis Allen.

“We’re going to go with Andy. We discussed it as a device. I’ve had a chance to talk to both quarterbacks, and I feel now that Andy is the direction we want to go,” Allen said Wednesday.

Allen hinted earlier in the week that Dalton’s job might not be safe after he averaged less than 215 yards and 11.5 points in offense in losses to the Baltimore Ravens and Pittsburgh Steelers.

He said that on Monday James Winston He may be a candidate to start against the Los Angeles Rams this weekend but said he hasn’t made the decision at that point.

Dalton has started the past seven games for the Saints after Winston struggled to play through various back and foot injuries early in the season.

Allen said Winston is still not 100% healthy and probably won’t be back at 100% before the season is over. The Saints also have a very dangerous offensive line, with a center Eric McCoy On the reserve for the wounded, guard Andros peat The wounded and left are treated James Hirst in the concussion protocol.

All of these things were likely factors in the decision this week.

“We’re not going to get into that point, but that being said, a lot of factors went into the way we play and the way we operate,” Allen said. “It’s not good enough, but part of the factor is that there are a lot of elements in this team that need to be improved, and there are a lot of other areas that we have to work on to help in that regard, so we’ll play better as a team. You kind of want to.” You look at one place, but there are a lot of positions that have to play better, and that’s where we started.”