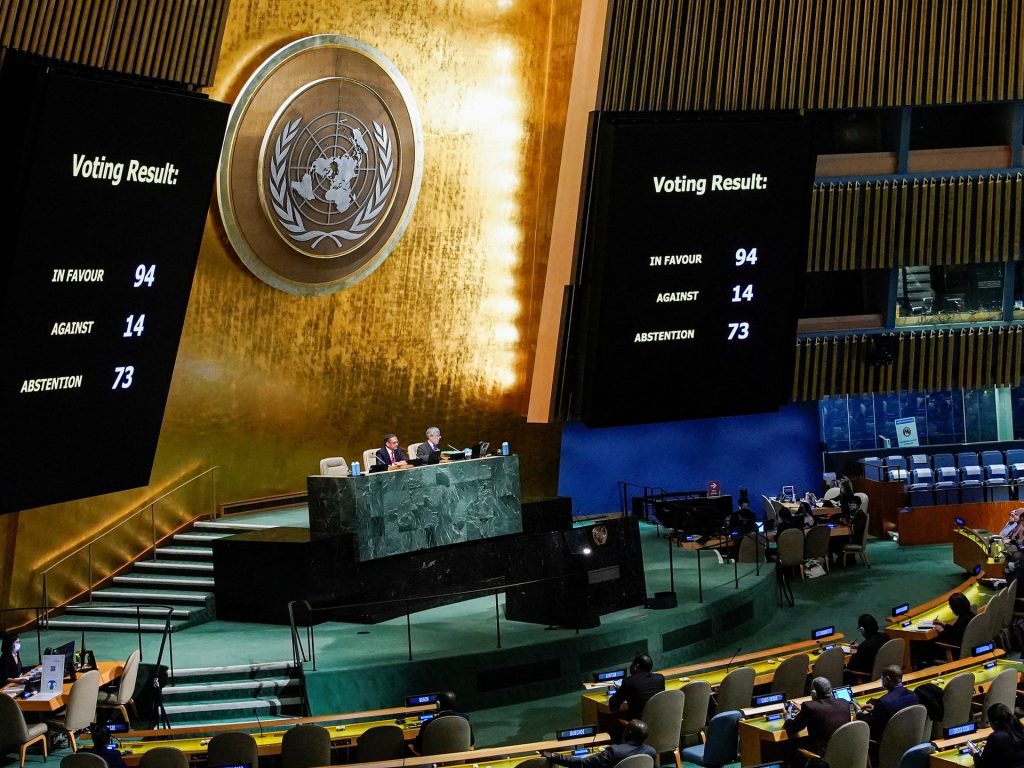 The United Nations General Assembly adopted a resolution calling for Russia to be held accountable for violating international law by invading Ukraine.

The resolution, passed on Monday, calls for Russia to pay compensation for damages and loss of life during the conflict.

In his nightly video address, Ukrainian President Volodymyr Zelensky said: “The reparations that Russia will have to pay… are now part of the international legal reality.”

But Kremlin spokesman Dmitry Peskov said on Tuesday that Russia stands “categorically against” the proposal, adding that Moscow will do “everything it can” to prevent the West from seizing or “plundering” its frozen international reserves to pay compensation to Ukraine.

In all, 94 of the assembly’s 193 members voted in favor of the resolution on Monday.

14 countries voted against and 73 abstained.

The resolution stated that Russia “shall bear the legal consequences of all its internationally wrongful actions, including providing compensation for damage, including any damage caused by such actions.”

Here’s the country’s breakdown of the General Assembly vote:

Member states that voted against the resolution

The first: the Islamic Republic of Iran

Member States that abstained from voting

A: Algeria, Angola, Antigua and Barbuda and Armenia

Member states that voted in favor of the resolution