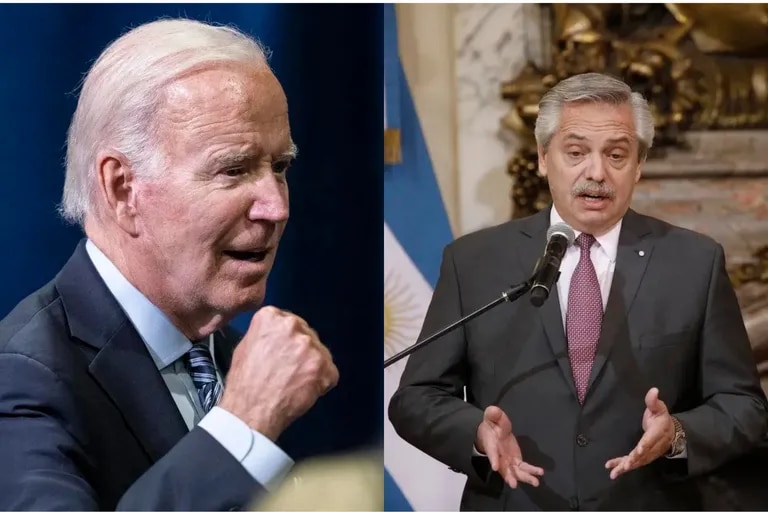 Mendoza- A hard blow Wine production Argentina in its connection with the world: America Advances with penalties for national industry after complaint of alleged “dumping and subsidies” in commercialization Concentrated grape juice, known as must. For this reason, the country decided in advance to adjust the tariffs upwards, which were set at 8%, so that Argentine companies in the sector now have to pay between 12% and 30% to enter the market.

It’s a shock for a key Argentine export product, used as a natural sweetener, which has been receiving critical warnings since late last year. Argentina is the leading producer with a value of up to 200 million US dollars..

According to the information accessed nation, The US Department of Commerce released a new document last week with updated values ​​as part of an investigation against two major companies, Fecovita and Cepas Argentinas, which created major concerns in the manufacturing sector. Location in its main market Argentina accounts for 38% of sales.

The first company, based on its defenses and arguments, which in principle did not convince the US authorities, was charged a higher fee: 30.3%, the second 12.2%. . Between the two, an average is established that governs all other companies in the sector, for which they will pay 21%.

It began in late 2021 with a presentation by a US company to the country’s trade body, opening an investigation into alleged “dumping and subsidies” against the Argentine concentrate industry. In addition to various state incentives and subsidies, it was sold in the domestic market.

Therefore, this investigation focuses on these two episodes: imposition and subsidies. In this sense, the process implies that the two largest exporting companies from Argentina to the United States must provide information so that the country can examine and judge whether there are practices and maneuvers contrary to American law. Likewise, it is worth clarifying that the entire burden of investigation rests on the entire Argentine industry.

This process has two stages: initial and final. So Argentina worries: The Commerce Department has first decided to commercialize a co-operative which has been exempted from the temporary import process of inputs and profits for its export refund schemes on the basis of subsidies. Fecovita, Argentina should face a penalty because there is a presumption of wrongdoing.

For this reason, in September, a rate adjustment was applied so that the average rate is now 5.5%, due to the issue of subsidies, while at the same time, due to dumping, the average rate was fixed at 15.5%. So all in all, companies in this sector, who have already paid the lowest rate, will have to start paying 21% in the coming days, even if it is towards the final stage, once the US decision is final. We will know what it is by the end of March next year.

“It has a big impact: loss of competitiveness. Obviously, in this environment, volume is going to decrease unfortunately. It is not the only market served by Argentina, but sales in the United States account for almost 40%. For this reason, this preliminary determination affects us, although it depends on many factors. Commented Nation Fernando Morales, President of the Chamber of Compulsory Producers and Exporters of Argentina (CAFEM).

In this sense, the businessman noted that, for example, the competition from Europe, especially in Spain, has a lower grape harvest than last year, so they do not have enough material. “In the future, if Spain produces more, it will definitely displace Argentina because of this tariff they are adding to us. The process continues until the final decision; they will confirm there whether the tariffs will be changed or not. Generally, if there are changes, they are usually downward, because now we have protection. , evidence and documents are available to prove”, Morales added.

This newspaper tried several times to contact officials of Fecovita and other companies in the sector, but the response was limited to the explanations provided by Cafem. Meanwhile, from Coimbatore they indicated that they would take action. “We hope to know the basis of the judgment, provide a proper explanation and argue against the decision.” is indicated Nation.

The complex situation is one more in Argentina’s trade disputes with the United States biodiesel, But it is also produced in other products such as lemon juice, steel pipes and honey. AndHe government has raised the demand in all cases and at all levels of the US administration, but it’s an uphill climb as the bidding gets tougher.

A regression of inflation appears in explanations attempted by the industry to demonstrate that “dumping” does not exist. “The problem is that inflation creates an evolution in costs that is not accompanied by selling prices. This is due to CPI inflation, the evolution of the exchange rate and costs, so selling prices are adjusted. Apparently the exchange rate was formed lower than the IPC and creates a disparity to explain that the sale was made at a price with some costs”. Explained from Deptt.

They also try to understand the condition of the northern country. “The iron position of the United States is related to a work system built on very stable economies; unlike Argentina, macroeconomic parameters, especially inflation and the exchange rate, which develop at triple-digit rates, and do not The exchange rate develops less than the inflation of costs and supplies, and this creates an imbalance in the income statement. That’s what they’re looking for, they added, adding that there would be a presumption of dumping.

Argentina’s concentrated grape must or juice (JUC) producer, based in San Juan and Mendoza, has become a major global force in recent years, tripling its production and ranking second in volume and revenue. With a peak of 200 million dollars per year, just behind Spain.

It is a versatile sweetener and is used by various industries such as food, juices, wines, sweets, jams and pastries due to its natural nature. In this sense, the demand of consumers around the world for healthy food and beverages drives the Argentina JUC in its future growth projections.

Argentina should also reach other countries like Japan, Canada, Saudi Arabia, South Africa and China. However, stagnant demand in the US is starting to sound alarm bells.

In collaboration with Rafael Mathus Ruiz