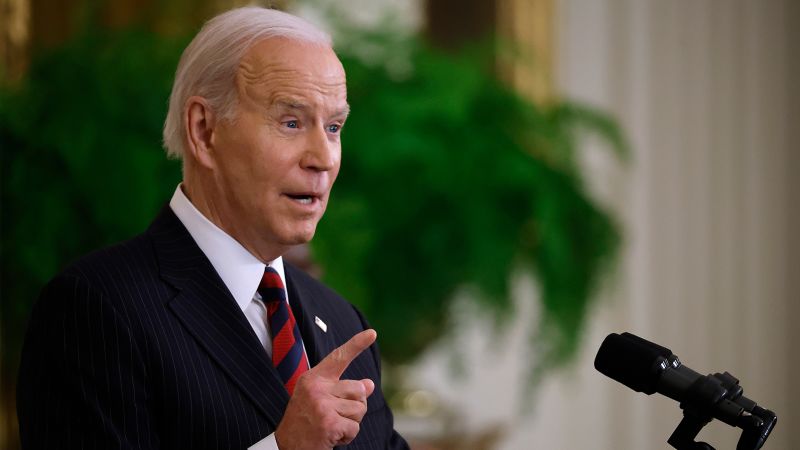 The United States will announce new sanctions against Russia on Wednesday In coordination with the Group of Seven and the European Union, According to a management official.

The official said the comprehensive package “will impose significant costs on Russia and push it down the path of economic, financial and technological isolation.”

The new sanctions package will ban all new investments in Russia, increase sanctions on financial institutions and state-owned companies in Russia, and penalize Russian government officials and their family members.

“These actions will lead to the weakening of the main instruments of Russian state power, imposing severe and immediate economic damage on Russia, and holding to account the Russian kleptocracy system that finances and supports Putin’s war,” the official said. “These actions will be taken in full swing with our allies and partners, demonstrating our resolve and unity in imposing unprecedented costs on Russia for its war against Ukraine.”

The official added, “We’ve already figured it out Russia committed war crimes in Ukraine, and information from Bucha It appears to be showing further evidence of war crimes. And as the President said, we will work with the world to ensure that there is full accountability for these crimes. One of those tools is sanctions – and we are working extensively with our European allies to impose more sanctions.”

The expected sanctions come after the US Treasury announced that it would no longer allow Russia to pay its debts using dollars stored in US banks. While Washington had imposed sanctions on the Russian Central Bank to freeze its foreign currency in US banks, the Treasury had previously allowed Russia to use these reserves to pay off its debts.

Since the start of Russia’s invasion of Ukraine at the end of February, the United States and its allies have punished hundreds of Russian elites and lawmakers, restricted the country’s access to Western technology critical to the defense and technology sectors, and froze and cut nearly half of Russia’s foreign reserves. From selected Russian banks from the SWIFT banking network, among other steps. The United States has also banned the import of oil, natural gas and other Russian energy products.

While the severity and speed of Western sanctions against Russia are unprecedented, there are still major exceptions as US officials continue to monitor US and European supply chains and try to limit the impact of sanctions on Western economies grappling with record inflation levels. .

CNN reported late last week Russia faces a deep recession and soaring inflation as sanctions push the country toward an increasingly closed economy, a shift US officials believe the Kremlin will struggle to achieve because it has long relied on selling raw materials to buy sophisticated equipment and consumer goods.